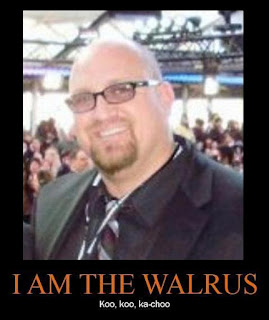 Well, Kim does it again. Breaks the news of a local trucker convicted in a cross border drug ring tied to you guessed it, the Hells Angels. This was the second cross border drug ring tied to Randy and Trevor Jones out of Tbarz. Sounds like Randy is in the new Surrey Girls chapter as well along with the rest of the other chipmunks. We knew Larry Amero couldn’t be the brains of anything. So Tbarz isn’t under new management after all. That’s what we thought. I’m glad Bill Fordy says everything’s OK. I guess our only hope now is the Liquor board.

Kim Bolan is reporting that “A court document filed earlier in the case by the U.S. Attorney said ‘the marijuana was obtained from Trevor Jones, a confirmed associate of the Hells Angels White Rock chapter, and smuggled across the Canadian border by various means.’

‘Cash obtained from the sale of the marijuana was transferred to Southern California, where it was used to purchase large amounts of cocaine to be smuggled … into Canada through the United States. Trevor Jones was the ultimate customer for that cocaine,’ it said.” This drug ring was transporting and distributing 1,000 to 2,000 pounds of marijuana and 100 to 200 kilograms of cocaine every month.

So now a 60 year old North Vancouver trucker named James Postlethwaite has been sentenced to 12 years in Seattle for transporting the drugs. Trevor Jones has been charged but hasn’t be extradited yet. His brother Randy, the real owner of TBarz, hasn’t even been charged. Yet. Let’s give it up for the Walrus!

Agents found out about hidden compartment in Postlethwaite’s truck that allowed him to transport as many as 95 loads of drugs across the border. Just like the hidden compartment in another truck at the Sumas crossing. JJ Lost Marbles acquitted the driver because he claimed he didn’t know the 144 kilos of cocaine were in his truck even though he submitted a falsified record hiding the fact that he had driven all the way to California to pick it up. Who says the BC Injustice system doesn’t need help?

The fact that the North Van trucker in this case was caught in Idaho makes me wonder whether or not this was also connected to the fourth ring that involved Brock Palfrey in Vernon. That drug ring moved more than a tonne of cocaine from California across the Saskatchewan-Montana border and into B.C. Brock kept his mouth shut who he was working for but here in Seattle it appears our number one criminal organization has been implicated once again. Big surprise. That one also involved the Edmonton chapter as in 51 - Edmonton Angels. 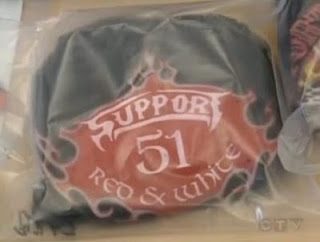 There are two things about this that bug me. I couldn’t care less if the Hells Angels sold pot and had a few grow ops. What pisses me off is their claim that no one but them are allowed to sell or grow pot. That is bullsh*t. The other more dramatic concern is the fact that they trade all this BC Bud for cocaine to be brought back into Canada to be sold as crack. That is messed up.

At first we thought they paid for the pot in the US with cocaine like in the movie Lord of War. However, Kim’s report on this new court case claims they used the cash from the sale of pot to buy cocaine to bring back. That means they could have taken the money and run. But they didn’t. Their greed drove them to take that money and buy cocaine so they could make more money. That has nothing to do with living the dream and that is what’s f*cking up our country.

It’s all about GREED. No one else can grow or sell but us. We want to take the money we make and reinvest it in cocaine so we make even more money so we can drive around in hummers or ridiculous boats that scream idiots. That’s what’s bringing all the crime and violence here. Take your blow and cram it up your a**.