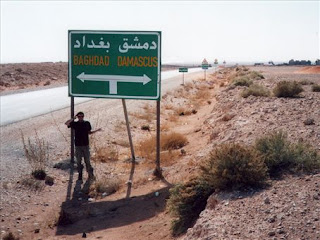 So here we go. On the road to Damascus, Israel seizes the opportunity to strike during Syria’s civil war to protect itself. As long as they are hitting military targets, without civilian casualties, all is well. It’s an example of the effectiveness of Israeli intelligence. Yet we’re forced to ponder over why Israeli intelligence would sell arms to their enemies during Iran contra, yet work so hard to eliminate threats against them on the other. Israeli arms dealers selling arms to their enemies just to make a profit, sanctioned by the Israeli government. It’s all very conflicted so it is. As is the drug trafficking and investment fraud.

Eli Cohen was an Israeli spy that worked for Mossad. Prior to the Six Day War in 1967, Syria would shell Israel from the Golan Heights. Kinda irritating to say the least. Cohen infiltrated the Syrian government and advised the Syrian military officials to plant eucalyptus trees by all the fortifications in Golan for the purpose of hiding the military positions from the Israelis which they did. I’m told eucalyptus trees grow relatively quickly. 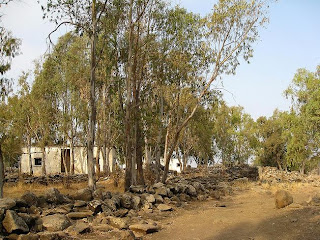 Cohen was caught and hanged for being a spy two years before the Six Day War. During the Six Day War, after defeating Egypt and Jordan in the first days of the war, Israel turned to Syria’s shelling from the Golan Heights. All they did was bomb the buildings near the eucalyptus trees they were advised to plant which resulted in a swift victory.

Sadly, the days of this kind of military intelligence within the CIA are over and it has become a domestic enemy of the Constitution deeply involved in drug trafficking. Even Mossad was involved with Iran contra. Clearly we see a mandated extreme to protect and betray the States’ interest. Clearly our greatest enemy is the enemy from within.