A Word on Free Speech 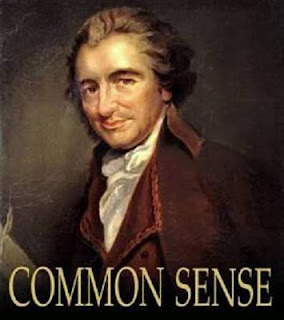 Yes I do believe in free speech. Anyone is allowed to create their own blog about any topic under the sun. I will not censor them or stop them from doing so. I have chosen to make my blog about the Hells Angels violent control of the drug trade and the Vancouver Gang War which is spreading across the country. God knows there are many Hells Angel support groups all over the Internet. This is not one of them.

If people want to talk about how wonderful the Hells Angels are, they are free to do so on any one of the many dysfunctional support groups. I’m not going to approve comments that rehash the same old nonsense that we have already proven false. The Hells Angels are not just a motorcycle club. They are a criminal organization that uses violence to control the drug trade.

I started making the comments moderated because of all the death threats and threats against my family. It became toxic so I just stopped approving those comments. A couple of people felt that because they spammed the blog they somehow owned it and were free to insult me and control the direction of the content of the blog. Not so. The traffic on the blog has continued despite the fact that those spammers are not longer posting on it. Yet traffic isn’t my concern.

The purpose of this blog is to try and make a difference. God knows what we have been doing in East Vancouver for the past thirty years has failed and needs to change. I don’t support needle exchanges. Many do. Any time you say you oppose needle exchanges you will surely hear from them. They are free to set up their own blogs and codependent lovefests elsewhere on the Internet. Just not on my blog. That doesn’t mean I don’t support free speech. It means I’m tired of arguing with idiots. It’s pointless.

Harm reduction is only one of the Four Pillars. We can’t blindly promote one pillar and totally ignore the other four pillars but that is exactly what they are doing. Needle exchanges are supposed to be exchanges. You hand in a dirty used needle and you get back a new clean needle. Changing that practice to simply handing out free needles is a health hazard. It results in used dirty needles thrown all over the city.

My main beef with needle exchanges and this ridiculous safe to inject poison site is the fact that police let drug dealers sell crack around these facilities when there is no such provision in the criminal code to let them do so. It creates a forest fire of addiction that consumes everything in it’s path. Addicts steal from real businesses to pay for their drugs. That is the tapeworm economy these money launders live off of.

The ATFs drug trafficking in Operation Fast and Furious is important because it was the same as Operation Blade Runner. It was the same thing the CIA had been doing out of Mena Arkansas for years with Barry Seal and many others. Gary Webb claimed the CIA was responsible for the US crack epidemic in the 1980’s. He was right. He documented everything. Catherine Austin Fitts believes the Gary Webb story and so do I.

We need to realize that it was George Bush Sr. that got the agency addicted to trafficking drugs to fund their off the book operations. Back then it was heroin out of Vietnam. Just ask Bo Grits or Terry Reed. That’s why it’s called the George Bush Center for Intelligence. Drug trafficking is their primary source of revenue. They are untrustworthy. In the words of Thomas Paine, I think it fine time we asked for independence from the CIA and MI6. It’s only common sense. 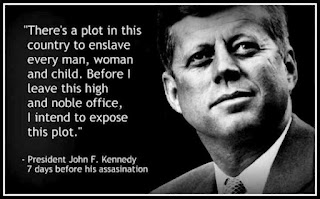 In his secret society speech, Kennedy talked about how secrecy in government should be shunned and that “There is very grave danger that an announced need for increased security will be seized upon by those anxious to expand it’s meaning to the very limits of official censorship and concealment.”

He talked about a monolithic conspiracy that relies on infiltration instead of invasion on subversion instead of elections on intimidation instead of free choice. He said it was a system that has recruited a vast amount of human resources that combines military, diplomatic and intelligence. Intelligence organizations are the focal point of this monolithic conspiracy Kennedy talked about. This was the person that vetoed Operation Northwoods. He knew what they were planning on doing to deceive the people and rob them of their liberty.

”Dissenters are silenced not praised. No expenditure is questioned, no rumor is printed no secret is revealed.” He talked about the freedom of the press which is exactly what big brother has devoted a huge amount of it’s drug trafficking resources to control. Now we can see why. A salute to Kennedy, Thomas Paine and the return of the American Tea Party. Defending the constitution means all areas of government including it’s intelligence agencies are publically accountable. Keeping unlawful secrets is unlawful.