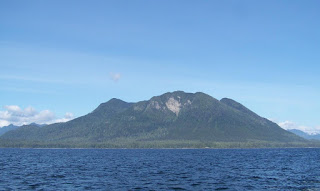 This one isn’t as dramatic as some of the other recent news but to me it’s just as important. We all know that there has been a great surge in public concern about the environment in the last few years. The now old ideas of reduce reuse and recycle have become a part of our education directing us towards sustainability and environmental responsibility.

In fact, many people go so far as to make the environment a priority in their voting at elections which has resulted in the rise of the Green Party. Elizabeth May has proven to be very competent in more than environmental issues but in preserving the charter of rights as well. Even Preston Manning declares that being environmentally responsible is being fiscally responsible. Yet Stephen Harper continues to defiantly steam roll in the opposite direction.

Elizabeth May claims the "Conservatives" (we all know they aren't conservatives) are engaged in what she calls an Orwellian exercise that does not bode well for the future of the federal environment department. No kidding. Harper has removed all previous protections for every lake and stream in the country with one swoop of the pen. He has sent us back to the dark ages with regards to sustainability and environmental responsibility.

They even want to create an open pit mine at Catface Mountain in Clayoquot sound. It’s a freaking mountain. They want to blow the top off the mountain with dynamite and turn it into an open pit mind that resembles the aftermath of Hiroshima and Nagasaki. I kid you not. It’s in the centre of a protected biosphere. Lonecone and Catface mountain are the central landmarks within Clayoquot Sound. Everyone from all over the world who goes on a Whale watching or a Bear watching tour will see the devastation to this protected landmark every time they go by. That is the epitome of greed and gluttony.

Harper’s propaganda programmers cannot comprehend that destroying the environment isn’t just irresponsible, it is economically destructive as well. Burning toxic garbage is not a progressive alternative to landfill sights. It is insanity driven by greed.