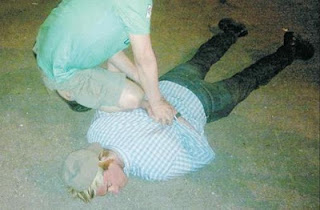 The CIA are denying it and are making light of it but this claim is consistent with the information about Graham Fuller using his home address for Chechen terrorist organization. If Graham Fuller was really involved in that on behalf of the CIA, then it would make sense they would want to recruit a Russian counter-terrorism officer in the area the Boston bombing suspects were from.

Fogle was handed over to U.S. Embassy officials, declared persona non grata and ordered to leave Russia immediately. He has diplomatic immunity, which protects him from arrest. We know that the CIA has crossed the line by using journalists in their network. Using diplomats would be a new low for that criminal organization.

Stop making sense is reporting that this is not the first time a CIA agent has been caught using diplomatic cover in order to facilitate overseas operations in a friendly country. In 2011, CIA agent Raymond Davis (an employee at the Lahore Consulate) was arrested for a double murder in Pakistan with the US insisting that despite him being a spy, he was entitled to immunity. Pakistan would later catch more embassy agents in possession of weapons. 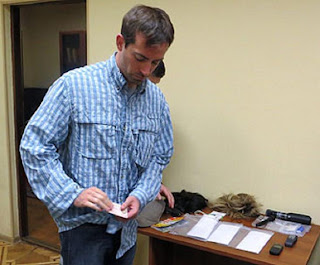 After all, we know British or American intelligence officers would never use cheap disguises. Much. Wait a minute, he was wearing the Austin Powers wig when he was caught. At least he didn't try to stiff a Russian prostitute. In 2006, MI6 agents planted a "spy rock" in a Moscow park. 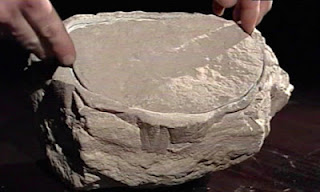 If we stop the CIA’s drug trafficking in Canada they won’t have so much money for some of these false flag operations and the world would be a much safer place to live in.