Prince George Police murder unarmed man on his own property 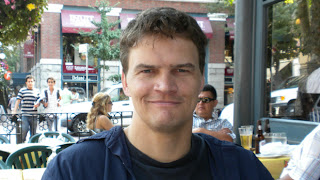 The family is unhappy with a decision from a police watchdog committee that has cleared the police in the shooting of Greg Matter in Prince George. The bizarre thing is he was unarmed and shot dead on his own property where SWAT showed up with machine guns. Kinda like the recent Prince George lockdown we talked about. Don’t get me wrong. SWAT does have it’s time and place. When doing a raid on a Hells Angels clubhouse for example. Not for an unarmed civilian in his own home. That’s not just overkill, it’s murder. It doesn’t matter what some committee calls it.

Seemingly there was an incident on his property a few days prior. Again, the incident was a few days before so there is no emergency. He got in a fight with his brother who came onto his property in violation of a restraining order. He chased him off his property with his car then punched him. The brother leaves then contacts the police. Based on his testimony alone, they decided to charge him with dangerous driving and assault with a weapon. Remember, the brother was trespassing on his property in violation of a restraining order. It was his home.

The police call him and try and meet with him but he refuses to talk with them. The charges aren’t just minor, they are absurd. In the States people will shoot at trespassers without hesitation. Shooting a family member would indeed be extreme but chasing him off his property is not. Greg didn’t want to talk to the police because he shouldn’t have been arrested.

So what happens? The police bring in SWAT and murder and unarmed man on his own property. A 15 year vet who had been treated for Post-Traumatic Stress Disorder and just wanted to be left alone. Not only that but the police assaulted his mother on their property before they murder her son. Looks like those assault charges never went anywhere either. Prior to that the police refused to let a family member and his psychiatrist be present to diffuse the situation. This isn’t just a mistake. This is murder. The watchdog committee has completely lost any credibility whatsoever. Not only that, they refused to disclose evidence to the family during the proceedings. That is illegal. This is how our Charter Rights are disappearing right before our very eyes.

All of this swarms around the tendency of the police to completely freak out when someone doesn’t obey their direct command at the snap of their finger. Case in point, the Kelowna assault where the cop kicked buddy in the face when he was on his knees. Thankfully that officer now has a criminal record for assault. That situation was ridiculous. He orders the suspect to get down. The compliant suspect gets down on his knees. All the way down the ego maniac screams. OK Buddy says and as he starts to lower himself completely on the ground he gets kicked in the face. He didn’t obey the direct command fast enough apparently.

All of this swarms around the egomaniac command culture that seems to trickle down from the top of that organization. Back in the day it was “Up against the wall” or Spread em. Hands on the car while they were frisked and cuffed. Now the police apparently insist the suspect lies on the ground for them to step on them and kick them more comfortably. In the case of an unarmed suspect, making him lie on the ground to be cuffed is not necessary.

In the Prince George case the police’s ego obviously couldn’t handle the fact that the suspect was refusing to talk to them when the charges were stupid. He didn’t obey their direct command so they had to bring in SWAT. No they didn’t. Now they have simply committed murder. An unarmed vet on his own property. They were obviously freaked out by the fact that he was a vet and might have weapons. Then maybe they should have taken the family’s advice and let he meet with the police with a family member and his psychiatrist. Denying them that request is like denying someone a lawyer for interrogation. I’m not going anywhere with you alone because I don’t trust you. Now we see why. The police in Prince George need to rethink their use of SWAT for nonemergencies. Depot needs to change as well.