Canadian and American missing in Mexico 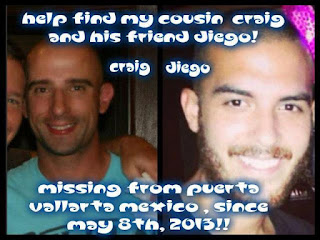 Diego Hernandez, a Canadian from Saanich is missing in Mexico along with his friend Craig Silva from Phoenix. Diego ran a MMA gym in Puerto Vallarta. Craig and Diego were last seen at 5pm on Wednesday the 8th in Puerto Vallarta near the Corona factory. Craig was driving his 2003 Chevy Trailblazer.

There appears to be speculation about the fact that they may have been kidnapped. Seemingly Craig’s bank cards have been used by other people since their disappearance. Unfortunately, that might just mean someone is in possession of a stolen bank card. Mexico is not a nice place to get kidnapped. Let’s hope for their safe retun. Their family and friends are very worried. If you have any information about their whereabouts you can post it on their missing persons facebook group.

This is Craig Silva from Phoenix: 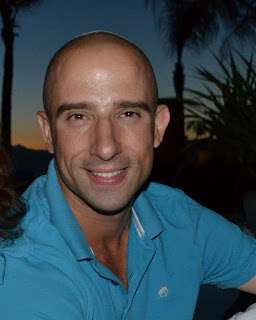 This is Diego Hernandez from Saanich: 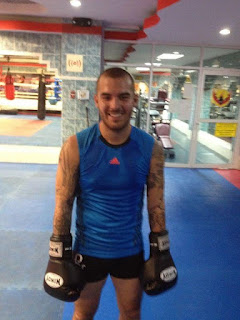 Diego posted this picture on his facebook on May 6. It looks like it was taken at a MMA Tournamnet in Mexico. 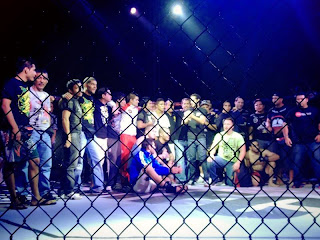 Update: The Facebook group is reporting that: "We have received information from the Mexican authorities that Craig's vehicle has been recovered and it is with the authorities. Please continue to look for Craig and Diego and pray for their safe return."

Mexico, like anywhere else has good and bad. The people are wonderful and the landscape is paradise. Yet the criminal element is extreme. The most vicious component is the drug cartels that are murdering and dismembering rivals all over the country side. The brutality is inhuman.

Many Canadian tourists have been robbed and murdered in Mexico. That is bad business. It’s bad for tourism and it’s bad for the cartels. When criminals and cartels get so powerful they think they can ruthlessly mistreat others, we see the same conclusion as with Rome. Pride cometh before the fall and great shall be the fall thereof. Let’s hope and pray for a safe release of Craig and Diego.