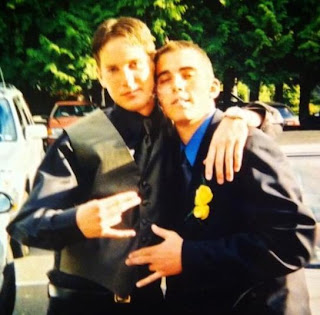 Turns out Craig Widdifield, pictured on the left, was the victim shot in a White Rick strip mall and was a known gangster involved in the drug trade. Well, he was known to the police at least. Bill Fordy has called on local businesses and the city's residents to stand firm with police against gangsters. Oh really? But he met with his Piggy Palace pals and told us everything was OK.

Bill Fordy said Widdifield was a well-known gangster associated to various groups who was known to be involved in the drug trade. And he said his front-line officers would be ramping up patrols of gangster hang-outs across Surrey to let them know that they are “not welcome in Surrey.” Oh really? Then why do we let Tbarz operate freely when it was named in the US cross border drug trafficking indictment? I see a big gap between words and actions here. Must be an election year.