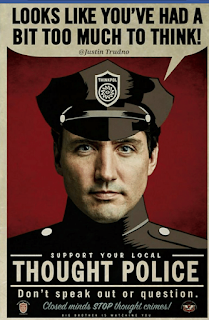 The Toronto Sun is reporting that "One year ago there was a lot of noise about the federal Liberal government looking for ways to regulate Internet content and effectively give themselves the power to censor people’s social media posts."

"What was then known as Bill C-10 was seen as a backdoor way to bring in creeping censorship by giving the Canadian Radio-television and Telecommunications Commission (CRTC) the powers to regular what they termed user-generated content posted online, in the same way the regulatory body currently has domain over the radio and TV realm."

"The concerns appeared across the media landscape and political spectrum, 'Your free speech is at risk with Ottawa’s push to regular online content, experts warn,' read one headline over at the CBC. What then unfolded was that experts in the field pointed out the flaws with the legislation and the Liberals said the bill would be revised to address concerns. All good. Nothing more to see here folks. Controversy over."

"Except it’s not over. It’s only getting crazier. The Trudeau government’s plans to censor the Internet are back with a vengeance — and they’re now using Russia’s invasion of Ukraine as a pretext to push Canadians into going along with it. Foreign Affairs Minister Melanie Joly has made multiple statements to this effect the past couple weeks." 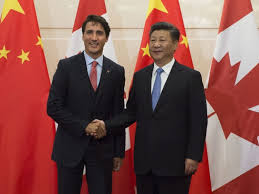