Beware of the Fake Fact-Checkers 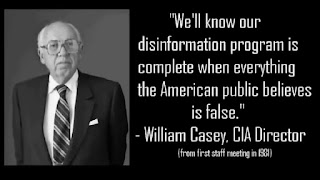 Dr Robert Malone maintains an email list on substack. In his most recent installment he posted an article by Leonard C. Goodman, a Chicago criminal defense attorney. The article in entitled Beware the Fact-Checkers. We all know that the fake fact checkers do not deal with facts. They are partisan trash that specialize in disinformation.

Candace Owens discovered that the fake fact checkers she sued were funded by the Communist Party of China. Since then we have seen fake vaccine fact checkers funded by the pharmaceutical companies that profit from them. The recent article Dr Robert Malone posted was "A guest testimonial on censorship in the age of COVID. A windy city example of what Obama, the US Intelligence community and legacy media advocate."

I'm going to set Obama aside and zero in on the the US Intelligence community. I liked Obama. I thought he was a refreshing step forward from George Bush. Unlike George Bush, Obama was educated. Unlike George Bush, when Obama spoke he sounded intelligent. I didn't find out until later on that his education was paid for by the CIA.

I don't have a problem with public health care. Personally, I don't see public health care as a Communist plot to take over the free world. I see it as a British tradition. However, Obama covered for Hilary Clinton in Operation Fast and Furious because it was tied to the CIA.

Obama was the one that secured funding to launch all these biolabs in the Ukraine and around the world. The quote in the picture came from William Casey. The director of the CIA who oversaw the October surprise. They committed investment fraud in Canada to raise money to give the Iranian hostage takers to keep the hostages until after the election. Iran contra was not about selling arms to release hostages, it was about selling drugs to make money for off the book operations. Operation Fast and Furious showed us that Iran contra never stopped.

Gary Webb said the CIA was responsible for the US Crack epidemic back in the /80's. They were the ones that supplied Freeway Ricky. We were told at the time the rationalization for that operation was to fight Communism in Nicaragua but that was not true. The CIA are tied to Globalism. That means they are joined at the hip with Communism. They are oath breakers. Enemies of the Constitution and the civil liberty it protects. Just sayn. 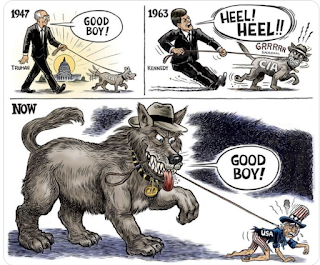