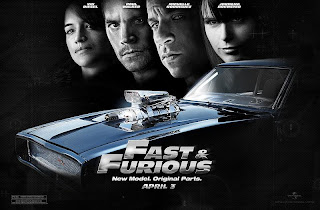 Freddy sent me this link surprisingly enough and I think it's well worth discussing. Especially since we were told that some of the recent drug busts in Kelowna had ties to the Mexican cartels.

The link claims Washington Times journalists cite a "CIA Insider" who claims that Operation Fast and Furious was a Central Intelligence Agency-orchestrated program to arm the Sinaloa drug cartel, a group that was also given the green light to fly tons of cocaine into the United States. No this isn't a Vin Deisel movie, this is real life. IRL.

Former ATF agent William Newell, testified before a Congressional hearing and testified that the Internal Revenue Service, Drug Enforcement Administration and Immigration and Customs Enforcement were “full partners” in Operation Fast and Furious. The Washington times journalists claim their sources stated that the CIA was also involved in that list.

The Obama administration and the ATF claim that the Fast and Furious program was part of a sting operation to catch leading Mexican drug runners, and yet it’s admitted that the government stopped tracking the firearms as soon as they reached the border, defeating the entire object of the mission.

That sounds familiar. Kinda like how when Judge Bonner was with the DEA he complained about the CIA bringing in a ton of cocaine into Florida. The CIA kept denying it over and over again until Judge Bonner went on 60 minutes and documented everything. Then they finally admitted it and said it was a mistake and it was the only occasion. They claimed then, like they claim now, their bringing in the cocaine was part of a sting operation. Gain the bad guys trust to bring in one shipment, then bust them for a later bigger shipment. Only there was no follow up bust.

There have been several cases of arms dealing in the south that claimed to arm the Mexican cartels. I cited one case not long ago that involved the City's mayor and police chief. Don't ya just love American politics? Everything is bigger and better there. Even their scandals.

In that case I cited the boldness of the police chief. After the FBI caught them and confiscated some of the firearms that were being shipped into Mexico and sold to the cartels, the police chief was bold enough to ask for the guns back. Without citing tangible facts, I made a simple speculation. I asked why would the police chief risk his career by asking for the guns back? One possibility was if he had the backing of the CIA, perhaps he felt that operation outranked the FBI and they would in fact return the weapons. That's when everyone got all up in my grill saying that was absurd. Well when we look at the tangible testimony of Operation Fast and Furious, it doesn't sound that far off now does it.

In Operation Fast and Furious, the ATF deny it promoted the operation and found three scapegoats to take the fall. Again. Video clip from Congressional hearing. What did you mean when you said you didn't get this from me?