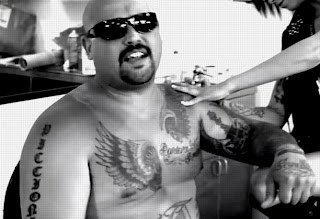 Someone sent me this link to another Hells Angels rap video after I posted a critique of Weird Hal's latest disaster. It's also on Youtube. The Hells Angels logos are blurred out in Mike P's video but you can tell by the horned helmeted winged skull tattoo he's a member. 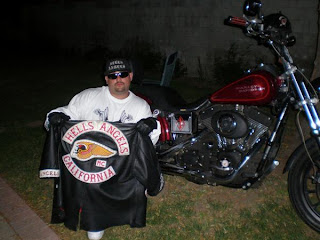 He posts photos of him with his Hells Angels colours elsewhere. Although his video is a thousand times better than Weird Hal's, it's still pretty pointless. Like kids who never grew up. I don't mean to disrespect a brother from LA but he's not a brother and he's not from LA. He's from Beverly Hills. 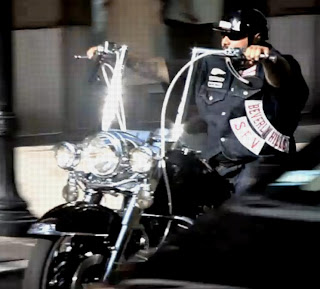 California Hells Angels. That would be Sonny Barger's pal Otis Garret from Oakland who was convicted of running a prostitution ring for the Hells angels in San Fransisco called the Love Nest. He was finally convicted of ordering the murder of Margo Compton and her twin six year old daughters for testifying against him.

Mike P is sure proud of his badge that says prostitution and baby killers. Not me. That's too much like wearing a shirt that says I love Clifford Olsen. But that's OK because we know Mike P doesn't give a fuck. That's all he has to say in his video. I think he'd give a fuck if someone pimped out his daughter, sister or mother and shot their little kids. Blind devotion is somewhat short sighted.

It's disappointing to see the Italians are supporting baby killers. The Italians use to have a code of conduct. That was before they started murdering a guy's sister. They say in Rome that pride cometh before the fall. Time will tell. It always does. 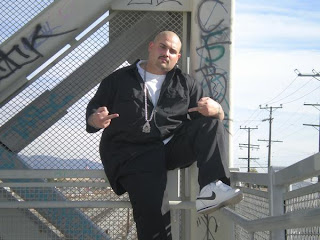 Nice sneakers. Not. The video was directed by bad boy Ron Moon. Tell me what does selling crack and running prostitution rings have to do with Judaism? Nothing that's right. But it's OK because you don't give a fuck. Well I do. And I'm not the only one who gives a fuck about Margo Compton's little girls. Justice may be slow but it is sure. 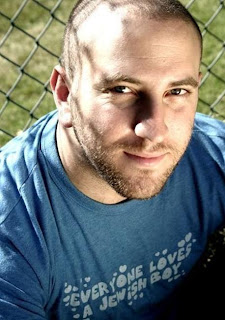