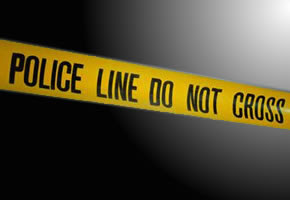 Conflicting reports about a shooting in Surrey last night where Global is reporting three gang members were targeted. Global says the shooting took place outside a nightclub in Surrey. They include a photo of 153 street and 101 Avenue.

CBC reports that just after 10:30 p.m. neighbours reported gunshots in the 10100 block of 153rd Street, outside a nightclub near Surrey's Guilford neighbourhood. The Sun is reporting the attack happened at around 10:40 p.m. near the intersection of 101st Avenue and 153rd Street.

Not to be picky but there is no nightclub at 101 and 153 street. The Mirage is at the 15300 block of 102A Ave with a parking lot on 153rd. That is a nightclub alright but it sure isn't a gang affiliated club. It's a teenie bopper nigh club where young surrey girls dressed like tramps get falling on the floor drunk and all the slimy opportunist come to exploit the madness. They mentioned the Mirage in that Dirty Surrey remix of the Miley Cyrus spoof.

So I'm not sure if the neighbours at 101 and 153 heard gun shots of if they had left the Mirage and someone targeted them or if the Mirage was just a nearby reference point. The point is there was another shooting in Surrey last night and the targets had gang affiliations. The suspect fled on foot. Doesn't sound like a professional hit to me. We'll have to wait and see if the police will release the names of the victims before we can speculate on motive and gang affiliations.

Today the Province mentioned the Mirage and reported that the shooter fled in a vehicle not on foot. The Mirage is part of Bar watch. They scan your ID and take your picture. If the shooters or the target were at the mirage that night the police know exactly who they are. It's disappointing they are withholding information from the public and not releasing the names. If they released the names, they'd get more tips and have an easier time solving the case.