Extremists claim there is a demand for free crack pipes 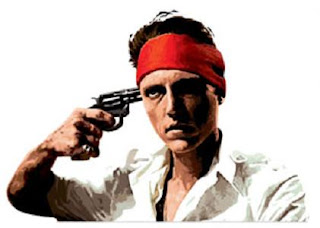 Front page of the Vancouver Sun yesterday was an article about the plan for Vancouver to hand out free crack pipes. Never mind singing about a warm San Fransisco night. This program will attract crack addicts to Vancouver from across the country.

Needle exchanges were supposed to be exchanges. You turn in a used dirty needle and you get a free clean needle. The intent was to help reduce the spread of Aids and reduce the number of dirty needles being thrown out in allies and school yards.

I met a Victoria resident who complained about the fact that in Victoria they stopped making it an exchange and just started handing out free needles. As a result there were twice as many used needles ending up on his lawn and all over the neighbourhood.

The other automatic problem is that where ever you have a needle exchange or hand out free mouth pieces or crack pipes, police allow drug dealers to sell drugs in public in that area. As a result, drug use and crime in that area skyrockets.

Every city has good and bad. The Vancouver hockey riot was a perfect example of that. A bunch of spoiled brats empowered by the mob destroying private property just because they can. It was an embarrassment for the world to see. The next day a huge number of people were outraged. Volunteers came out to help clean up. Activists posted photos from facebook to help identify rioters for the police.

What if a new facebook group of rioters was to start demanding the city hand out free lighters and free rags to help them set cars on fire? There's a demand for it. Just because there's a demand for it doesn't mean we are morally obligated to fulfill that demand. Idiots.

These Xanadu freaks from Vandu are part of the problem. Handing out free crack pipes is a corporate stunt organized crime would pull. "Here ya go. Your first three hits are free. After that you are addicted and become my personal criminal slave."

Handing out free crack pipes supports the drug dealers pushing Native women out of hotel windows in East Van for drug debts. It supports crack addicts being tortured in crack house basements in Prince George or those filmed being beaten to a pulp by wing nut Tony Terezaki at the Cobalt or the American Hotel. Vandu doesn't say much about supporting that but they do.

Take a look at what crack does to people. It's sad. These are human beings. Supporting them ingesting that poison is not compassionate. This program is as much of an embarrassment for Vancouver as was the hockey riot. The majority of good people out there need to vote against it and support the four pillars not just one.

Pandora's Pharmacy in Victoria started handing our free needles and there was a huge increase in dirty needles all over that neighbourhood. Why were they handing out free needles? Because they were also a methadone outlet. They were paid by the government to give people methadone. Only patients on the program are not encouraged to decrease their dosages. It's a pharmaceutical scam. Doctors who get kickbacks from supporting methadone are in a conflict of interest promoting that program or others like it.

One person wrote in to the Province and said "Giving our crackheads free pipes is a boneheaded move."