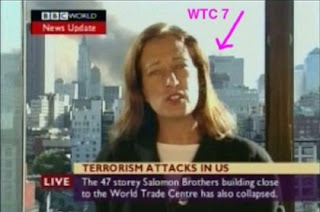 Now let’s look specifically at the ballistic report from the London shooting that started the riot. The ballistic report said the suspect never fired at police as was previously claimed. Was that initial claim a mistake or was it a premeditated lie? It is theoretically possible that the police heard a car back fire or some other loud noise and misinterpreted that for gun fire. Yet that’s not what they claimed.

They didn’t say we heard shots fired so we returned fire. They said the suspect shot a police officer in the chest and the bullet hit his police radio which saved his life. They said at that point marksmen from CO19 opened fired and killed the suspect.

As incredibly unlikely as that would be, that too is not what they said. They didn’t say CO19 fired at the suspect then the police officer was hit in the chest by a bullet. They said the police officer was hit with a bullet then they fired upon the suspect. No doubt there will be a huge disinformation campaign including a twisted corner report just like the many suspect reports given by Fanny Mallick in Mena Arkansas. Yet the fact remains the police lied and that is serious.

Another possibility is that they shot the suspect then tried to cover their tracks by claiming he shot at them first. Planting a gun in his possession then shooting a police radio and claiming the officer was wearing it would indeed be bizarre. That’s something from a low budget crime movie. Yet that clearly is the most plausible scenario.

Let’s wait and see if anyone from the independent investigation that produced the ballistic report dies of a suspicious suicide. Wouldn’t that be ironic. Let’s also wait and see how the agency twists the report in their smear campaign against the suspect. Flooding the media with a picture of the suspect holding his fingers like a gun doesn’t change the fact that he did not fire at the police and the fact that the police lied.

There is no doubt that with a riot of this magnitude, MI6 would be employed to help quell the riot. Perhaps their contacts with the media would be used to help do damage control. We know with Operation Mass Appeal, MI6 was directly involved in sending false information to the press.

It would also appear that they made an error on 9/11 when they sent out the press release to the BBC about the collapse of the third tower in New York before it actually happened. The BBC tried to cover it’s tracks in that case and said if the BBC reported an event before it actually happened they were in no way involved in any conspiracy connected to the event. It simply means they made a mistake.

No it doesn’t. Reporting a murder before it happened isn’t just a mistake. If they reported that the third tower fell and it never fell that would have been a mistake. Reporting that the Third Tower fell before it fell, when it actually did fall represents insider information. “Someone” sent the press release out a few minutes too early. That was the mistake. They pulled that building and they knew it was going to collapse before it happened.