Drunk with a gun 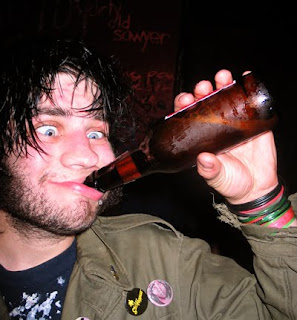 A Kelowna drunk with an outstanding warrant in Edmonton was arrested last night on various weapons charges. Witnesses claim he was standing outside a bar in Kelowna "waiting" for someone and someone noticed a bulge in his pants that was indeed a .45 pistol.

His name is Grant Victor David Lewis and is due back in court 9:30 AM August 26 2011. Police claim he is affiliated with organized crime in Edmonton. Isn't being in possession of an illegal firearm while drunk like a DUI?