Selling crack is not a badge of honour 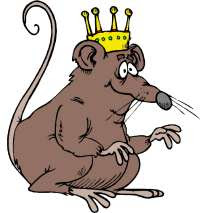 Jean Paul Beaumont, sergeant-at-arms of the Rock Machine in Winnipeg, has had a weapons charged against him dropped. Police found an ASP baton in a vehicle Beaumont had been travelling in, but found no forensic evidence linking the man to the device — an expandable baton often carried by police officers. The Crown has opted to stay a charge against Jean Paul (J.P.) Beaumont, 38, of failing to comply with a court condition not to possess any weapons.

A woman should be allowed to carry pepper spray in her purse for self defence. The difference is whether you have it for self defence or whether you are using it to commit a crime. If someone uses pepper spray to mug someone then yes they should be charged. Likewise, a baton or an arnis stick is an effective defence against a knife. It's better to knock a knife out of someone's hand with a baton then stab them with another knife. Yet using a baton to commit a crime should be prosecuted as well. In this case, JP wasn't caught using the baton to commit a crime.

I am however a bit confused. Jean Paul Beaumont was found not guilty of numerous previous charges including possession of a restricted firearm, possession of ammunition and careless storage. Police have previously identified Beaumont, 36, as a member of the Zig Zag Crew, the "puppet club" of the Hells Angels in Manitoba. I guess several Hells Angels and Zig Zag crew in Winnipeg crossed over after they killed one of their own guys in Thompson.

In another case, a Rock Machine prospect recently told Winnipeg police that his involvement in the city’s ongoing biker war is “a badge of honour” that he’s ready to die for. Until of course he patches over to some other club. Selling crack is not a badge of honour.

JP Patches was in the Zig Zag crew who sold crack for the Hells Angels and payed the Hells Angels protection money. The Hells angels killed one of their own in Thompson because the Ontario Hells Angels wanted to take over the drug trade in that small Manitoba town. The guy they killed was selling crack. The reason they killed him was so they could take over the crack trade. Now the Rock Machine are fighting the Hells angels for the right to sell crack. There is absolutely nothing noble about that.