Looks like the Kelowna cyst Russel Penner has a new loan shark company called 1800fastpay.com Strange the interest rates aren't posted on the web site. So tell me, where is the documentation for where the money for the loans comes from? At least he's into banking now and isn't involved with that meth lab on Postil Drive. Are his friends in the Hells Agnels involved with his new company? 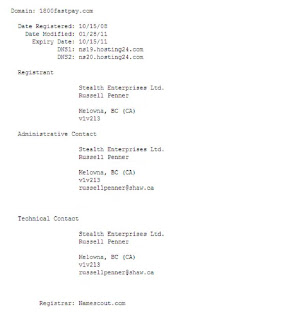