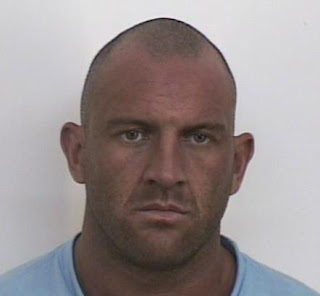 Halifax police have issued an arrest warrant for Steven Skinner, a MMA fighter from Dartmouth, Nova Scotia. Skinner remains at large, but has been charged with second-degree murder over the death of Stacey Adams. Adams, 20, was found shot dead in front of a new home in a Lake Echo neighbourhood in April. It's believed Skinner was at a home in Lake Echo when Adams and a friend arrived. Shots were fired and Adams was killed.

Police say Stacey Adams knew at least one of the suspects and that all parties involved are connected to drug sub-culture. Skinner has a criminal history. He has also been charged in the past with hostage taking, aggravated assault and uttering threats.

Gloria Adams, the deceased's mother said: "If you agree with the code of silence, then in cases like this I don't see (you) any different than I see the killer." She is absolutely right. Police think Skinner has left the province.

Skinner also faces criminal charges over an incident two years ago. He is accused of going with a Toronto man to the home of a 66-year-old man in Lower Sackville. Skinner and his friend allegedly had an issue with the man's son. Hot spoons and knives were used to burn parts of the older man's body.

The father let them in because he recognized Skinner as a friend of his son and offered them a drink. Then they tortured him and burned off one of his tattoos because they were looking for his son. I cannot over emphasize how deranged this pattern of violence is. Torturing someone's family member. Ratting out someone who does that is not being a rat. Turning the other way is.