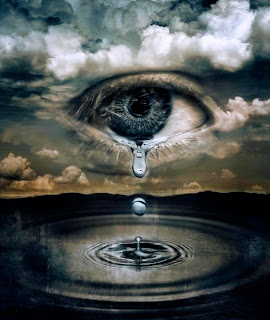 Syria's crackdown on free speech and lawful assemble has just entered the twilight zone. Not only are they using live ammunition to fire on peaceful protesters, now they are firing at mourners at funerals. Such a bizarre crackdown has even earned Syria a rebuke from the King of Saudi Arabia who himself sent troops in to fire on unarmed civilians.

Two lawmakers and a religious leader have since resigned due to the extreme brutality of the crackdown. This is something you'd expect to hear coming out of a Communist country and read about in the Gulag Archipelago.

It makes me question the motive behind the military intervention in Libya. Saudi Arabia is a monarchy that was firing live ammunition on protesters. Not a word was said. Saudi is a friend of the West and let's US troops stay there.

The rebels in Libya took up arms against the government. When the government fired back, the media twisted that to sound like Gadaffi was firing on unarmed protesters like in Saudi or Syria which simply wasn't the case.

Syria's brutality is off the chart and will likely result in the success of the protest. Libya has oil and Gadaffi is left wing. That's why there is military intervention in Libya and not in Syria or Saudi Arabia.

As we can see, the general public get frustrated when dishonest governments start stealing pensions and making huge budget cuts to pay for military fraud, banking fraud and stock market fraud. The motive is suspect.