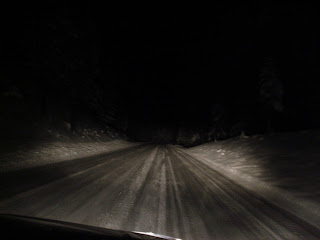 Blackwater, the private mercenary army was purchased by USTC Holdings on December 17, 2010. Let's pause for a moment and reflect upon that absurdity. Creating a privatized military then selling it to the highest bidder.

As we debate warrantless Internet surveillance we also need to discuss excessive privatization of the military because this is the dark road Stephen Harper wants to take us down. Conservatives claim that the private sector runs business more efficiently and can be a better steward of taxpayers resources then the government can.

Enron and the California prisons systems are two prime examples of how false that is but there are many more. Blackwater is another. Privatizing the military sounds like something from a B rated horror film. Yet this is our modern reality south of the 49. The problem with excessive privatization is the removal of public accountability.

We've mentioned how Haliburton made a fortune out of the invasion of Iraq. Well Blackwater was right there too. In fact after hurricane Katrina hit in 2005, within a week Blackwater was hired by the Department of Homeland Security to operate in the US gulf, billing the federal government $950.00 a day for each Blackwater soldier. In less than a year, the company had raked in more than $70 million in federal hurricane related contracts.

That's a lot of money. Not only that, what are Blackwater soldiers doing patrolling the United States after a hurricane? They're not handing out relief aid. They're using a military to prevent looting and who knows what else. This was a sad insider trading deal when the same government was turning away truck loads of aid from other agencies. Instead of embezzling that much tax dollars to a private mercenary army, they could have spent it on relief. The violations of the US Constitution that resulted from Blackwater occupation of New Orleans was astonishing. That is not what happens in a free and democratic society. Authorizing a private company to enter someone's home and use lethal force is astonishing.

Greystone Limited is one of the many shell companies operating under Blackwater's umbrella that was registered as an off shore tax exempt corporate entity in 2004. The countries which Greystone claimed to draw recruits from was the Philippines, Chile, Nepal, Columbia, Ecuador, El Salvador, Honduras and Peru. In Iraq, Blackwater has deployed scores of Chilean mercenaries, some of whom trained and served under the brutal regime of Augusto Pinochet. (Blackwater by Jeremy Scahill Page xxiii)

This dark road is where the unthinkable happens. This is where we in North America lose our liberty as safeguarded by the Constitution the snake oil salesmen quoted to create the clone army. It is a dark day for the republic indeed. Blackwater is now also called Xe Services.

The name change is timely. It comes after two former Blackwater employees filed court documents claiming that the company's owner, Erik Prince, may have murdered or facilitated the murder of individuals who were cooperating with federal authorities investigating the company. It also comes after allegations of arms smuggling.