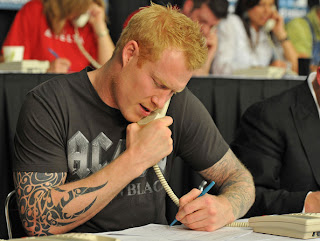 A Nashville Predators spokesman has confirmed that former Toronto Maple Leafs enforcer Wade Belak has been found dead in an upscale Toronto-area hotel, he was 35. He is the third NHL tough-guy to die in the last four months. Both Derek Boogaard and Rick Rypien passed away this past summer after hard-fought personal battles. Third NHL enforced dead in four months. That is strange. 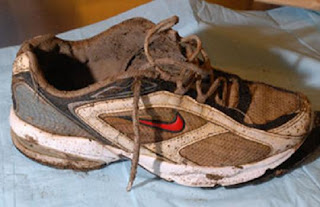 Meanwhile back on the ranch, another human foot washed on shore in Vancouver on Tuesday. The eighth foot to wash on shore since August 2007. An autopsy has confirmed it's another human foot and they have no idea what caused it. Despite not knowing how it got there, no foul play is expected. Yeah people drown and cut off their feet all the time.