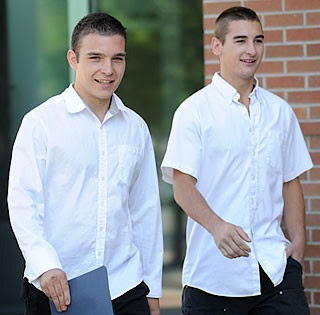 The trial involving two little boys at the root of the conflict which recruited the assistance of the Hells angels to beat a father to death in Kelowna with baseball bats and hammers is under way. They were grinning from ear to ear outside the courthouse which is an offensive mockery of the murder.

It's just like the kids who were laughing outside the courthouse in the swarming of Michael Levi. In that case a large number of kids swarmed Levi, bear sprayed him, gave him the boots then took an axe to the back of his head and left him a paraplegic. They were seen laughing outside court. If they had any remorse whatsoever, they would not have been laughing.

Releasing them on bail was disapointing. It just reinforced the cocky unaccountable attitude which created the problem in the first place. Obviously, the Hells angels decision to get involved in a high school feud was insane. As is this shameful mockery of human life.