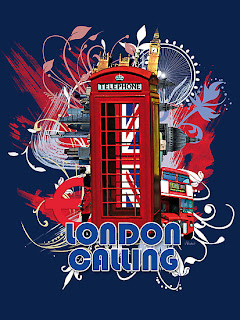 London is calling and the message is clear but the violence needs to stop or the message will be lost. After three days the London riots have subsided but have spread like a wild fire to neighbouring cities. The vandalism and violence swept through Manchester, Nottingham, Birmingham and several other cities.

My first response is hold the door. Vandalism and looting are senseless. You have no idea how important this case is. Don't blow it for everyone. They say where there is no justice there will be no peace. I say there can be no justice without the truth.

We can talk about the social conditions in England all we want but let us remember what sparked the riot. Mark Duggan was shot dead while being followed and arrested by police. The police claimed they shot him after he fired upon them. They claimed he shot an officer in the chest and the bullet hit the officer's radio. They then said after the officer was shot "marksmen" opened fire and shot him dead.

The family said that didn't make sense. They said it was out of character. They held a protest at the Tottenham police station. Many others showed up and it turned into a riot.

Well the ballistic report is in. The ballistic report claimed that the gun found in Mark Duggan's possession had not been fired and that the bullet that hit the police officer's radio was from a police issue firearm. Mark Duggan did not shoot at police. They lied. Not only did they lie, they were caught lying. This is profoundly significant.

We need to take a deep breath, appeal for calm, stop vandalizing and looting and start organizing and marching. Where is Martin Luther King when you need him. It's like Russel Crow in the movie Gladiator. When we see the rioters vandalizing and looting we can hear the words "Marcus Aurelius had a dream for Rome and this is not it." Indeed Martin Luther King had a dream for England and this is not it.

Martin Luther King offered a different way to right wrongs and confront injustice. He walked the high road and made a profound impact on the globe. The IPCC report is profound. I am absolutely shocked they reported the truth. There is no way the police officer's radio could have been hit from a ricochet from the two shots fired at the suspect. They said the suspect fired at them. They lied. It is clear that they shot the radio to make it look like the suspect had shot at them when he hadn't. They were trying to cover their tracks.

This profoundly significant fact needs to be addressed. All of the officers involved need to be suspended without pay and not only face disciplinary action for lying but face criminal charges for falsifying evidence and breach of the public trust. You're not willing to do that you say? Well don't look now but your country is on fire. Where there is no justice there will be no peace. You can't create justice out of a lie. If you want to fight lawlessness you have to come clean and charge the officers who lied with murder and breach of public trust.

There's a lot more I have to say on the subject but that will suffice for now. The violence needs to stop. Vandalizing and looting is pointless. You're trashing your own neighbourhood. That will not right this wrong. It will only make it worse. You need to organize, march and speak out. As the violence is brought under control, the grievance needs to be addressed. All the officers involved who lied about what happened need to be suspended, charged and tried. No justice, no peace. Know justice, know peace. Mark my word.