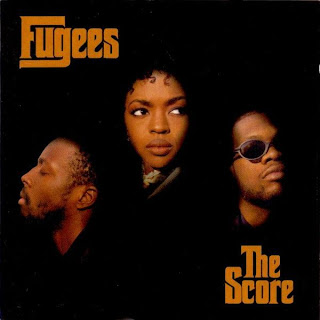 The Vancouver Province reported that Doug Spence, a retired Vancouver Police gang investigator for over 15 years, said it's a given there will be retaliation of some sort. "You just don't know when," he said. "But these guys can't let anybody push them around. That's their world." No offence but that has got to be one of the stupidest statements a former police officer has ever given to the media.

It reminds me of the time over 20 years ago when a police officer was being interviewed about a youth gang shoot out where one car was chasing another car all over Vancouver shooting at it. He said the only thing that saved the target was that the shooters couldn't hit the broad side of a barn. The next day all the gang members showed up at shooters firing range for target lessons.

All this money spent on finding who shot a Hells angels. How much money is being spent on who the Hells angels have killed? Is this Kelowna gang task force looking into who killed Geoff Meisner? Geoff was a much better man than Jonathon ever was or would have been. How much resources are being invested in finding out who killed Britney Irving? Sure one guy is charged but that guy didn't act alone. How about Lindsay Buziak? The list goes on.

Let's talk about retaliation for one minute. The Bacon brothers are hated. No one likes them, no one respects then, no one fears them. People are afraid to stand beside them in case someone starts shooting at them.

Let's do some math. 1 Bacon brother shot dead. 4 Red Scorpion leaders shot dead in the Surrey six murder. Then the owner of the condo was shot dead in guildford parking lot shortly thereafter. Then the mother who was one of his associates was gunned down in guildford with her toddler in the back seat. To start off that makes six dead. 6 dead, one killed means there still remains some serious retaliation to be had but the score hasn't been settled yet because Jarred is still running around free possible in possession of the illicit boat.

Yes it is a tragedy that the niece of the Haney chapter president was paralyzed. She did not heed the [police warning not to associate with the Bacon brothers and her uncle didn't seem to mind. In fact the organization likely profited from her presence building ties with the Bacon brothers. This was no new alliance and it didn't just involve Larry. Practically everyone in that car had a Hells Angels affiliation. The Haney chapter had beef with the old Red Scorpions so the Bacon brothers hunted down and killed the old leadership then stile the name of the gang. They even had the audacity to make a new ugly red lobster logo that looked like a cheap Karate school from a B rated movie.

The Bacon brothers are insignificant. They are not notorious. They do not have power in the prisons. The Hells angels do. If we want the violence to stop then we need to stop letting the Bacon brothers use the Hells Angels name and reputation to have imprisoned UN members beaten to almost to death.