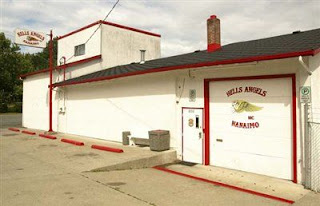 Two Nanaimo men face charges after a man suffered life-threatening injuries during a violent home invasion. Nanaimo RCMP say two men, with a baton and pit bull, assaulted a 30-year-old man inside a Giggleswick Place home. The victim, who police say knows the suspects, let them into his home.

Once inside, police say the men attacked the victim, beating him with a metal object and repeated punches and kicks. For as long as 30 minutes the beating continued, said police, which included throwing the victim down a set of stairs and dragging him back up.

RCMP say the incident may have been prompted by allegations a woman may have lost or had an expensive ring stolen at a party at the victim's home on Friday. The suspects were reportedly there to retrieve the ring, which has yet to be found. The men left after taking some money.

Police were eventually called, with the victim telling officers he had received death threat if he spoke to police. Lloyd Thomas, 28, and James Else, 25, face charges of aggravated assault, uttering threats and robbery. One source claims that Lloyd Thomas is affiliated with the Nanaimo Hells Angels.