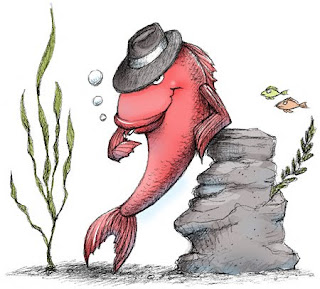 I call it the red herring mandate because justice was never served. There are a lot of unanswered questions that will never be answered by the inquiry because of it's limited mandate. Funding isn't the issue. All the anti poverty groups can still participate with their own worker advocates. The Province said they're not going to pick up the legal fees for each and every group. Which is kind of understandable yet somewhat hypocritical given the millions spent on the Bassi Virk defense fraud.

The Union of B.C. Indian Chiefs and the Carrier Sekani Tribal Council say they have several concerns with the inquiry, including the narrow terms of reference and the appointment of former B.C. attorney general Wally Oppal as the commissioner.

No kidding. Wally Oppal is a former judge and the former AG. Aside from him being a limp fish on justice which likely played a significant role in why he was not reelected, it is a conflict of interest. When Jim Chu addressed the public at the Carnegie centre locals said they do not support Wally Oppal heading the commission.

Yet the real issue is the mandate of the inquiry. It's an inquiry into the police investigation. It has nothing to do with a public release of all the evidence that led them to believe there might have been other offenders and it has nothing to do with making public any and all evidence that caused the Crown to ask Robert Pickton on the stand if the Hells Angels were involved.

Well low and behold the court hears that Dave Pickton did in fact have foreknowledge of the murders on the farm. In January of 2007 the court heard that The brother of accused serial-killer Robert "Willie" Pickton told police he knew about "bodies" and showed investigators where to look.

So not only was Dave Pickton convicted of sexual assault on that same farm and was accused in a second sexual assault on the farm, he admitted he had foreknowledge of bodies buried on the farm only he claimed Dinah Taylor was responsible. Yeah right. If he knew about the bodies, he was involved. Not only does that make him a suspect it makes him culpable because hiding a murder makes you an accomplice to murder.

The whole issue of the involvement of the Hells Angels has not been addressed in court. The crown asked Robert if the Hells angels were involved and he said no. Would he have said yes if they were? What made the crown ask that question? The defense submitted that there was considerable association between Dave Pickton and the Hells Angels. The witness that was supposed to testify to the fact that Hells Angels attended parties at Piggy's Palace was chased out of town and never testified. Later a musician told the Vancouver Province that Hells Angels were there all the time. That evidence was never submitted to the court.

Then there's the grow op. The Court also heard that police believed a marijuana grow-op in an unlicensed "booze can" across the street from the Pickton farm was connected to the Hells Angels. I'm assuming the booze can was Piggy Palace. This is the first I heard of a grow op on site. We know the Hells angels have a long history of using violence to take over grow ops in BC.

I realize the likelihood of convicting anyone else in this case is highly unlikely especially if they were members of a criminal organization. Nevertheless, the public inquiry should be public. That means the evidence in the voir dire - anything and everything that gave suspicion of organized accomplices should also be made public. That won't cost a cent. Especially with the news of Juel Stanton's involvement with someone from the Surrey House of Horrors where dna from one of the Pickton victims buried on the farm was found.

It is a bizarre twist to hear that Geoff Meisner's father was involved in the Pickton investigation. His son later became involved with the Hells Angels and the Kingpin crew in Kelowna. Geoff went missing in 2009 and was legally pronounced dead by the courts in 2010. I don't think it's related I just think it's bizarre. That was another tragic case. Too many people have died from organized crime. It's time to make the evidence public.

“All the attention so far has been on Mr. Pickton … but now there should be discussions about others who may have been involved and played a role,” Mr. Crey said. “I don’t mean to sound bitter, but I think [the Christy Clark government] should be sensitive and respond to the families who want to see more done. … They need to take another look at it and try to decide if other charges should be pursued.”

Just ask anyone in Maple Ridge. I am told that not only did the Hells agnels attend parties at Piggy's Palace and have a grow op on site, witnesses claim the Hells Agnels ran the bar. That needs to be addressed.