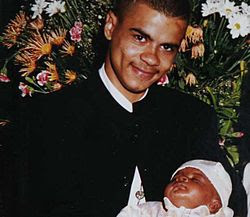 We've talked about how bad looting is and how self defeating lawlessness is. Now we need to talk about what kind of charges are going to be pursued against the police officers who lied about the suspect they were following and murdered.

The officers from Scotland Yard's CO19 lied as did the police on scene who filed the report. That is a colossal breach of public trust. We also need to address the Agency that was sending out press releases to the media with false information. Again.

Unfortunately, David Cameron promises to crackdown on rioters without mentioning a word about charging any of the police officers who lied and murdered the suspect that caused the riot. That is not equal protection of the law. In fact that one sided application of the law promotes lawlessness because it mocks justice.

I do think looters should be charged. However charging looters but not charging the police officers who lied and murdered a suspect is a sad example of the social injustice that exists not only in England but in the West.

Instead of dealing with the issue he is exploiting the riot to rationalize Internet surveillance and the removal of civil liberties which local rights groups are concerned about.

Oh but don't look now but even the police are upset about David Cameron and Home Secretary Theresa May for saying they had ordered the crackdown on the rioters and his accusations that police were too timid to take action against the thugs and looters. Let's not deploy Blackwater mercenaries in England.

These were supposed to be poor inner city kids on welfare. They can't afford blackberry plans. Yet he wants to exploit the opportunity to create a warrant less surveillance state of all blackberries. Getting a search warrant to spy on a suspected criminal is not a difficult task. It's only a difficult task if you want to spy on them for their political beliefs. This is so wrong.

It was the elite squad that caused the problem by murdering a suspect then lying about the fact that he had fired upon them. Now the evil emperor wants to remove civil liberties and deploy the clone army. Are we all really that blind?

It's not about impoverished young people. It's about getting caught murdering a suspect and getting caught lying about it, then doing nothing about it. That is what this is about. We can talk about the social conditions until the cows come home. That will not right this wrong. Charging Co19 with murder and breach of trust will.