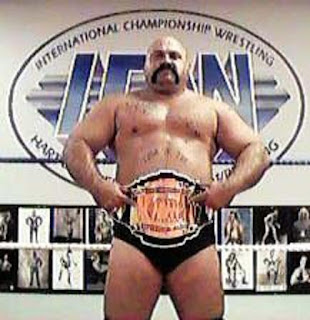 Ion Croitoru wrestled professionally under the name “Johnny K-9” and "Bruiser Bedlam." He was the Satan's Choice motorcycle club president back in Ontario. We remember him caught on a wire with Clay Rouchette in support of the United Nations gang. Well it turns out he was already in custody for a plot to kill Bacon and his two brothers between Jan. 1, 2008 and Feb. 17, 2009.

My first thought was even with a balaclava on the guy is pretty hard not to miss so I highly doubt he was the shooter that finally killed JB Hog. Then I realized he's still in custody. Croitoru is awaiting trial for first-degree murder in the shooting death of Jonathan Barber, 24, and the attempted murder of Vicky King.

I certainly don't support drug related public executions where innocent people are put at risk and family members are injured, but I will cite the case as an example of a rising force that is opposing the Hells Angels monopoly on the drug trade. I see that as a good thing. Yes, public shootings put the public at risk, yet letting the Hells angels have a ruthless monopoly on the drug trade is just plain wrong. I rather hear about Hells Angels getting shot at then drug addicts tortured or pushed out of windows for drug debts.

So, let's give it up for Romania. The counter revolution has begun. It's not natural justice but it is a natural consequence of tyranny and betrayal. What goes around comes around. Word. 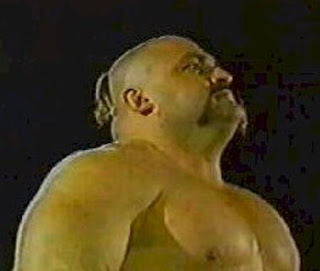