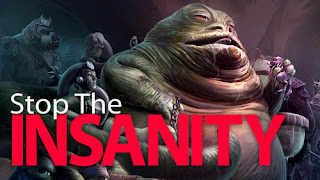 Maybe it's because someone could get a cold from sharing a crack pipe. No doubt there are some diseases other than aids that crack users could get from sharing a dirty crack pipe yet the whole program is totally insane. Some doctor in a conflict of interest says it's a medical issue and that somehow overrides the democratic laws regarding illicit drugs. No it's not.

Giving an alcoholic alcohol is not in their best interest. Giving Amy Winehouse free crack pipes would not have been in her best interest. Compassion for the addict means we help them. It doesn't mean we hand out free guns to commit suicide with and then deny responsibility for murder because we didn't give them the bullets.

There are elements of our judicial system that need to change. Minimum sentences for violent crime like murder and drive by shootings involving innocent bystanders. Prolific offenders is another. There's an Aldergrove judicial lobbyist group that started over the issue of property crime. Crack addicts would steal from them and the more offenses they committed, the less time they swerved in jail. They printed up t-shirts that said "Revolving door makes judges accomplices."

Locking a prolific offender who steals to support his addiction up in jail for three months is not excessive. It is in their best interest. I'm not saying we should arrest every crack addict for being an addict. I'm saying we should give a prolific offender who steals to support their addiction three months in jail away from the drug. We shouldn't be giving them free crack in jail. Some of these enabling programs are insane and humiliating. They are humiliating because they mean well but they are counter productive and are not compassionate at all.

Enforcement is one of the four pillars. Locking a crack addict in jail for three months who was caught selling crack is not excessive. It is a goal within reach. Arresting crack dealers for selling crack in public is the New York Model. It has proven effective.

The Hells angels are the ones profit ting from all this misery. It's time I start another web page that keeps track of all the drug convictions the Hells angels have been involved in. Collecting that jurisprudence so that the Hells angels as an organization get charged for hiring a murder of for selling crack is more effecting that locking their mules away in jail. All the happens is they find another mule while they are untouched by the law and continue to profit from murder and misery.