John Horgan is an A*shole 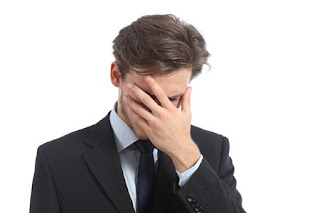 I wasn't going to comment on this video because I wanted to stay positive but it's been bugging me all day and something needs to be said. True North posted a video of John Horgan going off on protesters in Victoria complaining about mandates. What he says and the way he says it is really offensive and I am really disappointed in him. In fact I am ashamed. He's sounding like Justin Trudeau. I'm ashamed because I voted for him and I had hoped for better.

When the NDP were first elected in BC they got rid of bridge tolls. That's one of the reasons I voted for them. Everyone says the NDP are going to tax and spend so I said look, they just lowered taxes. They broke the stereotype. They even lowered ICBC rates in response to public outcry trying to fix the Liberals fudge it budget where they extracted a $1.2 billion dividend from ICBC that wasn't there creating yet another manufactured emergency.

I know Laila Yuile felt really betrayed when the NDP proceeded with the Site C Dam. I didn't have a problem with it because I support Hydroelectric power. That is realistic green energy. When the NDP approved the natural gas pipeline I applauded their business sense and their real environmentalism. Natural gas is a huge step forward for the environment.

In the NDP's first term they did better than Jason Kenney and Doug Ford when it came to Covid response. When they had a minority they tread lightly on civil liberty. It wasn't until their second term when they got a majority government that they started to recklessly trample civil liberty. That was dirty and disappointing. Now they have finally started to cave in and that is a step in the right direction. However, John Horgan's recent tirade on mandate protesters is unacceptable.

John Horgan mocked the insane price of gas without taking any responsibility for it. He could have twinned the pipeline from Alberta and made us less reliant on foreign oil. Raising the price of gas raises the price of everything we buy in stores.

I didn't support twinning the pipeline at the time because Jason Kenney and Raging Rachel were being dicks about it. They said we had no say in the amount of traffic in our port and they wouldn't spend a dime for cleanup if there was a spill. That was unacceptable. I was hoping a conservative would have had better business sense. Now it is clear we need to increase domestic production.

In the video Horgan was going off saying get a hobby. Go home and watch TV. AYFKM? We're not going to get any truth sitting at home watching the TV. That's the problem everyone is complaining about. The media is lying to us.

The war in the Ukraine is another manufactured emergency designed to take our minds of what they are doing here at home. The war in the Ukraine was a provoked conflict that could have easily been avoided and can easily be ended yet they refuse to do so. They rather create mass chaos and disrupt everyone's lives for their crazy agenda.

We were told John Horgan had cancer and we felt sorry for him. We were told the chemo was successful and we were relived. Normally when someone has a near death experience they come out of it a little more humble and compassionate. They don't normally turn into arrogant a*sholes like Justin Trudeau. I voted for Horgan the first time not the second time. The second time I voted for Andrew Wilkinson.

Normally when someone has a near death experience they are a little more concerned about their legacy and what kind of foot print they will leave while on earth and how they will be remembered. This Justin Trudeau arrogance is not a good look for John Horgan. Sadly, that's how I will now remember him. 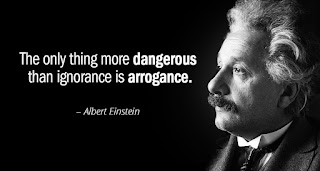