Surrey shooting and homicides one in Halifax 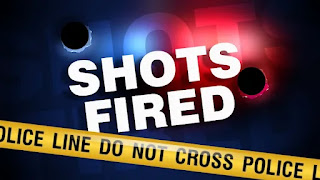 The Vancouver Sun is reporitng that "Homicide police are investigating after a body was found in an alley in Newton Friday morning. According to Surrey RCMP, police were called to the 13000-block of 64 Avenue at 7:45 a.m. following a complaint about a man sleeping in an alley. But the man was confirmed dead and the B.C. Coroners Service was called in. The B.C. Coroners Service determined the circumstances of the death were suspicious and the investigation was handed over to homicide police."

Surrey shooting: The Surrey RCMP is reporitng that "On March 23, 2022, at 9:30 p.m., Surrey RCMP received several calls reporting shots fired in the 15200-block of Flamingo Place. A subsequent call was received reporting a male had been shot. Police were able to locate the man, who was suffering from non-life-threatening injuries at an alternate location in Newton. The 19-year old victim was transported to hospital."

Coquitlam shootng: CTV is reporting that "Mounties in Coquitlam are investigating a targeted shooting that sent a man to hospital Thursday afternoon, and they say there are indications that the violence was gang-related. The incident happened shortly after 3:30 p.m. in the 1600 block of Chickadee Place. When they arrived, officers found a victim who is known to police. He was taken to hospital with non-life-threatening injuries, police said. Shortly after the shooting, a vehicle fire was reported in the 2200 block of Hope Street in Port Moody, about a 15-minute drive away," 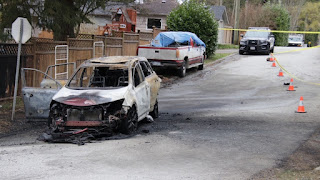 Fatal shooting in Halifax. CTV is rpeorting that "Treyvhon Alrick Bradshaw, 25,died of his injuries in hospital after he was shot in the 2100 block of Gottingen Street around 2:30 a.m. Friday."

CTV is reporting that "A man who was shot and killed in Halifax over the weekend has been identified as 20-year-old Keezondre Kentrez Smith." He was killed days after his 2th birthday.

Another homicide in Langley

Another shooting in Surrey