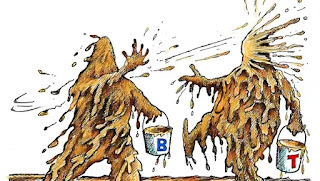 True North is reporting that the Conservative leadership race turns nasty between Poilievre and Brown. This is disappointing but not surprising. I did say Pierre Poilievre was a scrapper. It is reminiscent of the toxic fight between Peter McKay and Erin O'Toole. 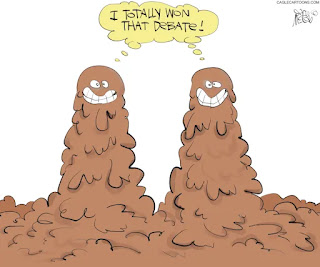 A Pierre Poilievre troll recently commented on a very positive Leslyn Lewis video and said why are you even running? Pierre Poilievre is the only candidate that has a chance of winning. That is simply not true. Pierre Poilievre doesn't have a hope of breaking into Quebec and no one will become Prime minter without Quebec. This is why I'm not joining the Conservatives to vote in the leadership race. I'm not sure the party is fixable.

When Thomas Mulcair was the leader of the federal NDP, I voted for him because he was the only candidate that supported a balanced budget. The Conservative candidate at the time did not.

Thomas Mulcair swept Quebec. Jagmeet Singh lost all those gains because he took the party in the wrong direction. In the last leadership race I suggested Thomas Mulcair run. Instead he endorsed Jean Charest. Stephen Harper went out of his way to scuttle that bid. Stephen Harper is a Neo Con. He's a tax and spend pork barrel politician that hates the Charter of Rights. He is not a fiscally responsible freedom loving Conservative.

I support Jean Charest and Leslyn Lewis. If neither of them win, I support Maxime Bernier.

With even the CBC now admitting that some of their main narratives about the convoy and who was behind it were false, the government should admit the reasoning behind the emergencies act was also faulty and the freezing of Canadians funds was illegitimate.https://t.co/2u6Sqrc3Vn