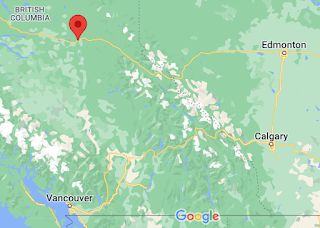 The Indo-Canadian Voice is reporting that "Sahib Johal of Lower Mainland, known to police, shot dead in Prince George. On Sunday, March 27, investigators responded to a report of gunshots on the 1800-block of Spruce Street. When they arrived, they found Johal suffering from apparent gunshot wounds. He was transported to hospital but did not survive his injuries. Johal and his associates were renting an Airbnb in the Lower College Heights area at the time of his death."

"March 29: Early in the morning, Frontline police received a report of gunshots heard in the area of the 700 block of Irwin Street. Investigators located evidence indicating recent gunshots toward a residence in that neighbourhood. The occupants of the location are known to police for their involvement in the drug trade. No one was injured in this event." A known drug house.

Prince George has a long and violent drug history tied to the Hells Angels. Billy Moore and Jason Hall for example. The Renegades, the Crew, IS and GTS made big news there a few years ago. As well as the free Emcee Dusty little bags of sh*t that sodomized a kid with a broomstick.