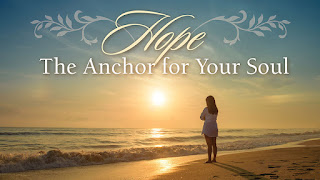 When I look at the banishment of truth in a broken world full of lies, our world kind of looks like a toxic wasteland out of Mad Max. Yet within that darkens, I want to focus on something positive.

Faith, hope and charity are fundamental Christian principles often represented by a cross, anchor and heart. First I want to talk about faith. They say faith is the moving cause of action within us. Faith motivates us to act. For example, if I didn't have faith the light would go on when I turned the light switch, I wouldn't bother turning the switch.

Faith is a belief in something that it unseen but true. For example, I can't see radio waves but when I turn the radio on I know they exist. A knowledge of that truth is faith. Martin Luther King taught the belief that God will do everything for man while he himself does nothing is not faith but superstition. For example a belief in the flat earth theory isn't faith, it is stupidity.

The Bible does not teach that the world is flat. That is a lie. When the Bible makes reference to the four corners of the earth, that is obviously an allegory. It does not mean the earth is literally flat. That is absolutely ridiculous. I can confront evil but I can't fix stupid.

Charity is defined as the pure love of Christ. The apostle Paul said "Though I speak with the tongues of men and of angels, and have not charity, I am become as sounding brass, or a tinkling cymbal." The word love is often used interchangeably with the word charity. 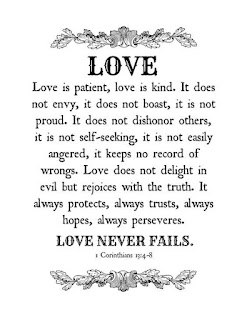 I've always felt that when love fails, duty stands. Sometimes we don't feel love. When that happens we proceed with duty and press forward. I had a friend in Ireland who was from Norway. He used to say he was born with skis on his feet. He wasn't a very touchy feely kind of guy but he was trustworthy and dependable. He had a strong sense of duty.

Right now I feel like Barbossa on the Black Pearl. In the first Pirates of the Caribbean the pirates were cursed with immortality but were unable to feel. They couldn't taste food. They couldn't feel anything. Jack Sparrow shot Barbosa right after he broke the curse and Barbossa said I feel... cold. For the first time in a long time he was finally able to feel something. Right now I'm like Barbossa on the Black Pearl. I feel nothing. I don't feel love. I don't feel hate. I don't feel anything.

Yet I still have hope. That's why hope is represented by an anchor. It keeps us centered like duty does. I knew a women in West Belfast who was a single parent that had agoraphobia. She said no matter how dark things got I always had hope. That was the one thing no one could take away from me. I always had hope that one day things would improve.

When I look at the magnitude of the censorship on the internet and the prolific lies in the media I'm forced to ask, is the situation hopeless? Yet I know there is no such thing. There's always hope and when hope fails duty stands and holds the line. Ride hard, die free.