Huawei and the CCP 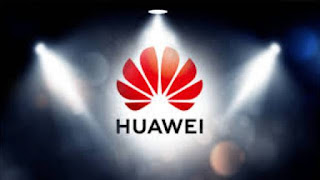 People have been sending me stuff trashing each of the top three contenders for the Conservative leadership and I haven't posted any of it because I want this campaign to be positive. May the best person win. Am I allowed to say person still? What if you don't identify as a person? Perhaps you should spend some time with Dr Phil and stay away from children.

Leslyn Lewis is wonderful. I trust her. She could be considered a moderate as opposed to an extremist. The media tends to portray globalists as moderates and patriots as extremists but that is a misrepresentation. Globalists are extremists not patriots. I see Leslyn Lewis as a patriot and a moderate. She's not an extremist and that's a good thing. She can indeed bring balance to the force and unite the country with hope. Imagine that.

Some people have expressed concerns with Jean Charest acting as a consultant to Huawei Technologies Co. Ltd. in the Meng Wanzhou extradition case and the tech giant’s efforts to participate in Canada’s 5G wireless networks. I don't have a problem with that and I'll explain why.

The arrest of Meng Wanzhou was a farce and I did not support it. It was a trade war. That is all. The Chinese Community Party is executing political prisoners for organ harvesting and no one cares. They only care if they sell a rival cell phone and compete with US Corporate profit. It was disgraceful. I believe in the free market.

Meng Wanzhou was the CEO of Huawei and they were accused of selling cell phones to Iran after the US had sanctioned Iran right after they were lobbying to sell them nuclear reactors which would give them nuclear weapons. The United States has every right to sanction any country they want for whatever reason they want but they don't have the right to force other countries to do the same thing. Especially when sometimes their sanctions are not for moral reasons.

Donald Trump did have a valid concern about Germany becoming too dependent on Russia for energy. However, what is the difference between Germany buying coal from Russia or natural gas from Russia? The only difference is that natural gas is clean burning while industrial coal is not.

Likewise with selling cell phones to Iran. Obama was trying to sell Iran nuclear reactors. That was insane. Donald Trump pulls the plug on that idea and then sanctions Iran for no reason other than another Operation Ajax trying to steal their oil again. Stealing Iran's oil is not a moral issue it is a Corporate greed issue.

So was the arrest of the two Michaels. That had nothing to do with justice. It was simply a hostage taking. That is all. Two wrongs do not make a right. Yet once again, who started the conflict? I have genuine concerns with the Chinese Communist Party's execution of political prisoners for organ harvesting but I don't give a rat's a*s if they sell cell phones.

People can rightly argue that if you buy a cell phone from China, they can spy on you. No kidding. That is the choice you make when you buy their product. We all know the CIA and the NSA is already spying on us. Remember Edward Snowden?

Buying a Chinese cell phone would be a big concern for someone who escaped Communist China because China considers them an enemy of their State and wants to find them and punish them. Obviously someone in that situation would not choose to buy a Chinese cell phone or text anyone who has one. However, you really think they can't already access the existing network? The free market benefits consumers. Corporate monopolies do not.

So when people express concerns about Jean Charest's work as a consultant for Huawei, I do not share those concerns. I see them as a red herring thrown out by the fake news and the corporate monopolies who are the real war machine that oppress us.