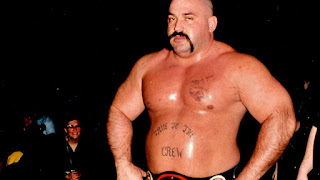 Update: Another point. The real witness that actually saw the murder, not the heasay liars, said there were two shooters, one was noticeably larger than the other. Cory and Connor are the same size. The witness said the smaller shooter's gun jammed but the larger shooter was able to execute the hit. That means at best Connor OR Cory can be charged with attempted murder or conspiracy to commit murder. His gun jammed. He didn't shoot Kevin, K9 did. Oh but the rat pack can't collect another bounty on that because K9 is dead. So they just keep lying.

OMFG Dr Spin is still lying about Conor D'Monte while she covers for Damion Ryan. Liars get rich these days but their money will perish with them. There are three witness in this case, Blaze and the Bobbsey Twins. Only they're not witnesses. They are testifying in the case but they are not witnesses. The real witness said there were two shooters.

Both were wearing balaclavas but one was much bigger than the other. The bigger one was K-9, The other one was either Cory or Connor. It can't be both. Remember, Blaze was never a member of the UN. He just kissed their ass while he was slinging for the red and white.

The Bobbsey Twins were members of the UN at one time but Blaze has turned them into compulsive liars just like him so they can get rich at the tax payers expense lying for the po po who are still rehashing past history while they aid and abet Damion Ryan in the DTES. It's a farce. It's a scam. It's not even funny. It's a shameful disgrace.

"Prophesy unto Gog leader of Magog and declare thus saith the Lord, I am against you."