Mitt Romney is a Dirty POS 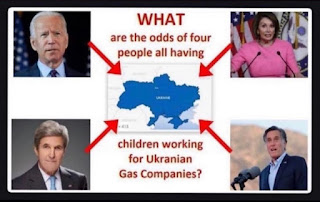 The Independent is reporting that "Mitt Romney accuses Tulsi Gabbard of treasonous lies that may cost lives over Russia’s Ukraine invasion." The article goes on to state: "Utah Sen Mitt Romney fiercely criticised former Congresswoman Tulsi Gabbard of Hawaii on Sunday and suggested that her remarks about the existence of so-called “US biolabs” in Ukraine would result in people being killed." Mitt Romney is a liar and a false accuser. Wo unto you Gadianton.

Those biolabs are all documented. I've posted a list of 8 labs on my mirror. Those documents were taken from the US Government website. The US Government has since admitted they're there and now Mitt Romney is lying claiming they don't exist. Robert Malone talked about them and he has specialized in that industry all his life. I tell you what does exist, Mitt Romney's business dealings in the Ukraine along with his private spook Cofer Black. Right now Russia is not the threat Communist China is and Mitt Romney is laundering money for them in the Ukraine.

Robert Malone was on Glenn Beck talking about the Ukraine.

Glenn Beck can see through Mitt Romney, how about you?

Even in Utah, Trump's Republicans Sour on Mitt Romney

"Achorus of boos greeted Sen. Mitt Romney (R-Utah) at a Republican Party state convention here in his adopted Utah last month — but for the former presidential hopeful and Mormon princeling, heckling from his party long ago lost the surprise factor. Video of a detractor calling him a "traitor" at the Salt Lake City airport went viral online earlier in the year, and in February, he met President Joseph R. Biden in the Oval Office, prompting online vitriol."