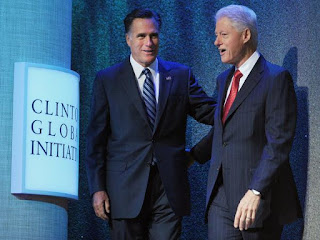 This post will constitute an appendix in a three part trilogy on what we have learned from the Coronavirus. Rev. Danny Jones' Youtube video sets the stage and I will expand upon it. This post will be a message for the Mormons who have been conned by Mitt Romney's secret combination and for all those who love and cherish freedom. 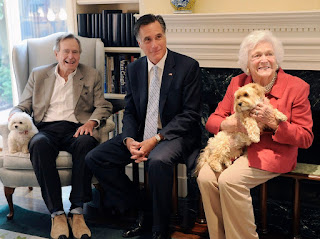 I have three concerns with Mitt Romney. The first is his associations with the Bush family and the Clintons. For those of you who understand that that means, I could stop there. Terry Reed wrote a book about it called Compromised: Clinton, Bush, and the CIA.

The title of that book ties in with my second concern with Mitt Romney and that is his ties to the CIA specifically but not limited to the Ukraine. My third concern is that he says one thing and does another. Just like his pal, Casper the friendly spook and that agency he represents.

Recently Mitt Romney wrote an article in the Washington Post. Everything he said in that article was true. He expresses concerns about China's "abuses of Tibetans, Uighurs and other minorities — as well as its targeting of pro-democracy leaders in Hong Kong." He also expresses the valid concern that the "Confucius Institutes peddle pro-China messages in America’s colleges and high schools." This is all very true. However, his concerns are somewhat hypocritical.

The Salt Lake Tribune reported that "Sen Mitt Romney says a possible Senate investigation into a Ukrainian energy company with ties to Vice President Joe Biden appears political." Indeed it is and he is tied to it through his top advisor Joseph Cofer Black.

"Mitt Romney’s top adviser, Joseph Cofer Black, joined the board of the Ukraine energy firm, Burisma, while Hunter Biden was also serving on the board. Hunter Biden was taking a salary of $50,000 per month from Burisma, and was simultaneously engaged in a relationship with John Kerry’s stepson, Chris Heinz, and mobster Whitey Bulger’s nephew, in a private equity firm, that allegedly appeared to be laundering millions of dollars in foreign money from China and Ukraine, through Latvia, and back to the U.S."

So while Mitt Romney throws out a smoke and mirror rant about Communist China, his peeps were laundering money for China and helping them buy US assets. This is what the CIA does. They say one thing and do another. Their mandate is murder to get gain.

I will put the White Horse prophecy into it's proper context by citing Ezra Taft Benson's clarification. I find it rather astounding that the LA Times claims some Mormons think Mitt Gadianton Romney will somehow fulfill the white horse prophecy and save the Constitution when in reality he is doing everything in his power to fleece it.

There's another Mormon tradition that gets handed down claiming that one day Salt Lake will become wicked just like the Nephites of old who suffered from the same pride cycle Israel did. Yet God is not a respecter of persons. "In every nation he that feareth him, and worketh righteousness, is accepted with him." Every nation - Muslim, Jew, Gentile.

Saving the Constitution is very important but Mitt Romney is on the wrong side. Mark my word.

Ezra Taft Benson was a patriot but Mitt Romney is not.

However, Zion'a camp is something entirely different. The man like unto Moses who will lead that expedition is not Mitt Romney. Not even close. Mitt Romney is a charlatan. That is all.