Justin Trudeau is a Communist 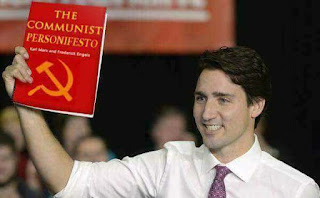 Spending our grandchildren's money wasn't enough for Justin Trudeau. The greedy glutton wants more more more. Justin Trudeau is announcing another crucial step in implementing the UN's twisted version of globalism by launching a new gun control campaign. F*ck him. Communists implement gun control for a reason and it's not to promote social justice. It's to commit murder. That is what the Communist Party of China is doing as we speak. China is executing political prisoners for organ harvesting. They should not be on the UN's Human Rights Council.

The recent shooting in Nova Scotia did not have a motive. Other than to promote gun control of course. The suspect in that shooting did not have a valid firearms license and the firearms he is alleged to have used were not legally obtained. That means two things. First it means that Commodus' proposed gun control will do absolutely nothing to prevent illegal guns being purchased by criminals. Second, it means it's highly unlikely the suspect was the actual shooter.

If the mild mannered good Samaritan denturist didn't have a firearms license, where is he going to buy illegal firearms from? You think he's just going to walk up to the Hells Angels and ask to buy a bag of guns from them? Not likely. Even if he did ask, they wouldn't sell them to him because he didn't work for them and they knew the guns would be traced back to them. That means the suspect the police shot was not the shooter. That's what that means.

I support the Swiss model of gun control. Target shooting is their national sport. The director of the World Health Organization is not a medical doctor, he is a politician. Guess what kind of politician he is? He was a leader is a violent Communist paramilitary organization.

Now that our civil liberties are being stripped away from us during the COVID fraud, this is not the time to implement more gun control. Gun control does exist in Canada. Anyone can't buy guns from a store without proper safety training and an extensive background check. Unless of course you buy them illegally which gun control does nothing to prevent.

Let's look at why Communists implement gun control. There is no social justice within Communism. Members of he Communist Party of China are the richest politicians in the world. We hear the word feminist used and we have to ask ourselves, Why Is There No Feminism after Communism? The same reason there are no real trade unions after Communism. Communism will lie to every special interest group and turn them into slaves.

The French Revolution was the exact opposite of Communism. Je me souviens. 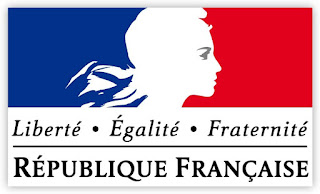 If you outlaw guns only outlaws will have guns.