Give it up for Lilly Singh. Her talk show is getting a second season on NBC. Although we think Lilly Singh is awesome, NBC is not. NBC is an active participant in the CBS, CNN fake news network that portrays real news as fake and fake news as real. It's partisan bias is shameful. 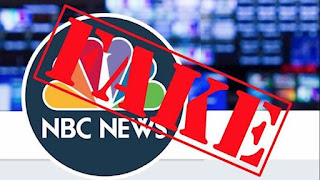 The Epoch Times is reporting that "Among the American companies with close ties to the Chinese communist regime is NBC Universal. On Nov. 23, 2010, Chinese state-run media Xinhua and NBC signed a memorandum of cooperation in New York, confirming that the two sides established a business cooperation in international broadcast news."

"According to the memorandum, China Xinhua News Network and NBC will conduct extensive and in-depth cooperation in the collection, production, and broadcast of TV news content and personnel training. According to the CCP’s official media, this was the latest market expansion effort taken by the Xinhua at the time."

"Steve Capus, then-president of NBC News, said at the signing ceremony that NBC values its partnership with Xinhua and hopes to strengthen cooperation and common development. On Feb. 18, 2020, the U.S. State Department listed Xinhua and five other Chinese state-run media outlets in the United States as foreign missions, identifying them as operations of the Chinese regime and not independent news organizations."

"In 2001, NBC Universal Media, LLC began plans to build a theme park in China. Construction began in 2019 and is expected to be completed in May 2021. It will be the world’s largest Universal Studios resort. On Oct. 17, 2019, Alibaba Group and Universal Beijing Resort reached a strategic cooperation, which will widely use facial recognition technology in the area, and jointly create a digital benchmark for the global theme park industry, allowing visitors to “scan their faces and enjoy the park. Universal Beijing Resort will achieve full coverage of 5G networks. "