Looting and Injustice in Minneapolis 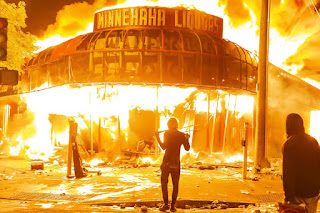 Update: I was in Minneapolis many years ago. It is suburban and is predominately white. The 2010 census claims that it is 63.8% white and 18.6% black. ANTIFA are white trash anarchists and communists exploiting an opportunity to create lawlessness.

Obviously I oppose racism and support law and order. Recently there was another police shooting in the US where another black youth was tragically shot dead. This happens far too often and needs to be addressed. However, looting and rioting is not the answer. It never is. In England the police shot a black man dead who they claimed was shooting at them. They even went so far as to claim that the suspect shot a cop in the chest and the cop was saved by his police radio which took the bullet. Only an independent investigation showed the bullet that hit the police radio came from a police gun. They lied. He was unarmed.

Then the riots started and their just cause was lost in the anarchy. Rioting is never the answer. Burning and stealing from your own businesses is shooting yourself in the foot. No, it's actually shooting yourself in the head. It's not addressing the problem it's creating a new one. All too often these mobs have agent provocateurs in them who are anarchists and communists that care nothing about social justice. They only care about lawlessness and violence. They want to destroy the Constitution and they are conning you into helping them do it.

Martin Luther King supported the Constitution and so do I. "Riots are socially destructive and self defeating. Violence will only create more social problems then they will solve. I will continue to condemn riots and say to my brothers and sisters that this is not the way and continue to affirm that there is another way. But at the same time it is as necessary for me to be as vigorous in condemning the conditions which caused persons to feel that they must engage in riotous activity as it is for me to condemn riots. In the final analysis, a riot is the langue of the unheard."

ANTIFA are Anarchists and Communists. They promote violence and lawlessness because Communism is their end game. They will lie to anyone and everyone and exploit every opportunity to implement their totalitarian state in the name of social justice. 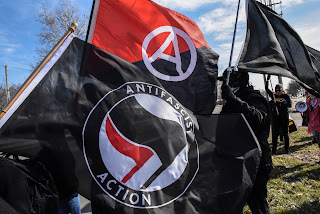