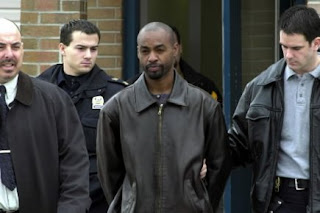 The Montreal Gazette is reporting that "A man who wielded considerable influence in Montreal’s criminal underworld after he became a bridge between the Montreal Mafia and the Hells Angels will remain behind bars for the time being. Gregory (Picasso) Woolley, 48, was denied both day and full parole by the Parole Board of Canada recently as he continues to serve the three-year prison term he was left with, in October 2018, after he pleaded guilty to drug trafficking, conspiracy to traffic in drugs and a gangsterism charge."

Greg Woolley is Mom Boucher's b*tch. They made Greg a member of the Rockers (Not Rock Machine) which was another puppet club that sold drugs for the Hells Angels in Quebec. Greg in turned formed the Syndicate and helped the Hells Angels supply all the Crips in Montreal with drugs. Greg tried to untied the Crips and the Bloods in Montreal and have them all sell drugs for the Hells Angels. When Chenier Dupuy, leader of a north Montreal street gang called Beau-Gars said no, he was shot dead August 2012. It's all about the money. Greed kills.