Lessons learned from the Bat Flu 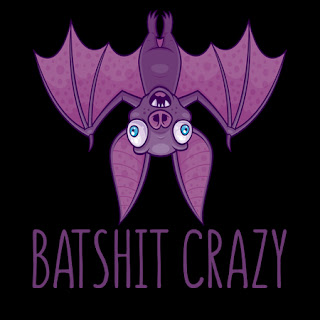 Now that the panic is over and sanity begins to resume it's time for us to reflect on the lessons we have learn from this Coronavirus Bat Flu because they are clear and concise.

The reason we call this the bat flu is because Dr Fauci's institute funded the research on the Chinese bats that contianed the coronavorus at the Wuhan lab. There were no bats sold at the Huanan Seafood Market. The Communist party of China launched this pandemic for a specific reason which the UN and the WHO supported. They share a common agenda.

The other reason we call this the bat flu is because it made people go bat sh*t crazy. People panicked and threw away logic while governments fed the fear and exploited the opportunity to steal our civil liberty in their quest for globalism. Nobody thinks clearly when they are panicking.

Now that we can think clearly it is important for us to realize how the media intentionally misrepresented the pandemic to promote fear and further damage the economy. Recently a group of the Bush Romney republicans tied to the CIA Clinton fraud ran an add called Good Mourning America blaming Donald Trump for the economic fallout from the lockdown. This add reveals the motive behind the deception. The CIA helped promote the fraud within the media because they wanted Joe Bidden elected. That was criminally insane.

Communist China didn't launch this pandemic by accident. Test kits were infected with the virus. It was supported by the UN, the WHO, the Democrats and the Mainstream media as well as the CIA. The CIA was using Joe Biden to launder money from China in the Ukraine. The CIA are not friends of the Constitution. They are Globalists who oppose civil liberty. Just sayn.