Adapting Policies of the Libertarian Party

The Inquisitr is reporting that "On Friday, Michigan Rep. Justin Amash officially switched his party affiliation from Independent to Libertarian, making him the first member of the Libertarian Party in Congress." Amash recently announced his bid for the Libertarian nomination for president.

OK so I completely support the primary polices of the Libertarian Party. Less government is good. More freedom is better. Fiscal responsibility is essential to accomplish both objectives as is protecting the Constitution from all enemies both foreign and domestic. The Libertarian Anarchists on Facebook are obviously wing nuts. I support law and order and I oppose the Anarchist Communist collusion in the use of violence to implement the Socialist slavery fraud.

Justin Amash is probably a great guy who sincerely means well. However, he was an independent who all of a sudden signed up as Libertarian. I don't think it is realistic or reality based to think he's all of a sudden going to win the presidency. Best case scenario is that he'll split the vote and help the CIA's candidate make gains.

Joe Biden is evil just like Hilary Clinton for the same reason - he's a liar and a false accuser tied to the CIA. Justin Amash probably means well but if Ron Paul couldn't win the presidency, he certainly won't. I'm all for adapting Libertarian principles just like Ron Paul's son Rand Paul has. After Donald Trump's second term in office I think Rand Paul would make a great two term president. After that if Justin Amash wants to take a run at it, have at it. There's lots he can do to help get the economy moving again before that from the position he is currently in.

I will say something about Mitt Romney. He's a Mormon which normally I would see as a good thing. My concern with Mitt Romney is that he is not a Mormon like unto Ezra Taft Benson, he is a Mormon like unto Gadianton. Yeah I said it. You heard it here first. Mitt Romney is a wolf in sheep's clothing. I do not trust him. His ties to George Bush and all that family's darkness is a concern for everyone who loves and cherishes Constitutional Freedom.

Rand Paul took a few jabs at Donald Trump when he was running against him for the presidential nomination but when Donald Trump won that race Rand Paul supported the democratic decision of the majority and worked for the betterment of the people not just for himself. However, Mitt Romney has become a snake in the grass. He's too self centered for me to trust or endorse. His dark associates concern me. Not within the Mormon Church but within the Bush family. Those dark associates are also tied to the Clintons. Buyer Beware.

Are we able to look beyond party politics and do what's best for the people that elect us and pay our wages? Tulsi Gabbard was able to do that. However, her presidential run before endorsing Joe Biden was suspicious. She said everything right but was she doing it just to split the vote against her pal Bernie Saunders so the CIA's dark associate would win the nomination? That's kinda what it looks like. Joe Biden is not a good man. I do not support him. That gives us Donald Trump for one more term and Rand Paul for the two after. Don't sleep through the revolution. 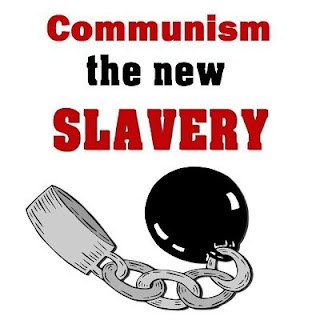