Genocide and the director of the WHO 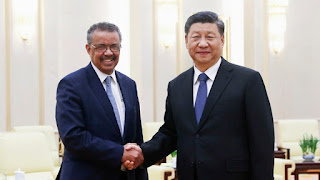 The National Interest is reporting that "World Health Organization (WHO) Director-General Tedros Adhanom Ghebreyesus won his post after China backed him in the May 2017 election. Now, Tedros is leading the WHO, an arm of the United Nations, in providing cover for China’s oppressive regime as it attempts to shirk responsibility for the global coronavirus pandemic."

The New York Times is reporting that Tedros Adhanom Ghebreyesus was accused of covering up three cholera epidemics in his home country, Ethiopia, when he was health minister.

Ethiopians protested against Tedros Adhanom Ghebreyesus' candidacy to lead the WHO because his cover up of the cholera epidemics in Ethiopia meant the WHO did not send the vaccines and no one got the treatment they needed so 60,000 people died.

When Tedros Adhanom Ghebreyesus was Ethiopia's Foreign Affairs (and former Health) Minister, he and the government of Ethiopia promoted a tobacco poster campaign targeting the poor in Ethiopia with the health warnings written in English which they did not speak. Promoting tobacco consumption does not promote health. Rebel News claims Tedros doesn't even have a medical degree but he does have a global agenda in support of Communism. Stop funding the WHO. 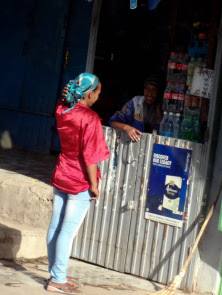 It comes as no surprise to discover that Tedros Adhanom Ghebreyesus was a member of an Ethiopian Communist Paramilitary organization called Tigray People’s Liberation Front. That's the Ethiopian equivalent to FARC. A Communist paramilitary supporting a Communist chemical attack on the global economy and human rights around the world. Stop funding the WHO. 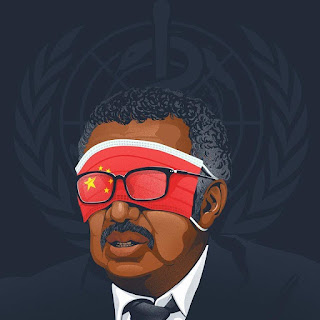 We CAN stop Justin Trudeau and we CAN exit the UN. Yes we can. 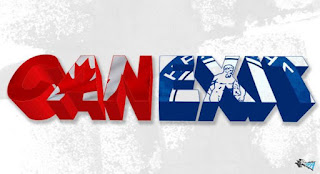