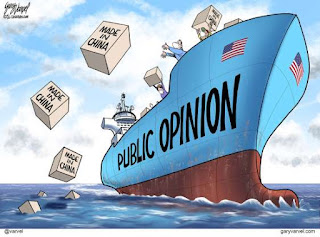 Remdesivir is the proper vaccine for COVID-19 which the Communist Party of China stole form the Americans and successfully copied before they launched this chemical attack on the world's economy and civil liberty. It was originally for Ebola which China stole from a Canadian lab in Winnipeg. The World Health Organization is passionately trying to kill the vaccine and discredit it because it would restrict the billions of dollars in research being donated to it. The WHO is led by someone who is not a medical doctor and was with a violent Communist paramilitary organization in Ethiopia before China appointed him to lead the global spread of the pandemic.

Likewise the WHO is passionately trying to discredit the use of hydroxychloroquine which is an ancient treatment for malaria. The WHO wants to promote the spread of the disease to promote the UN's globalism agenda. Any money for research it receives they can funnel into the Communist paramilitary organizations the director of the WHO is tied to.

Remdesivir and hydroxychloroquine are helpful in the treatment of COVID-19 but the WHO does not want you to think that. Consequently, the mainstream media is completely f*cked. They are still passionately promoting the COVID-19 fraud in a desperate attempt to destroy our economy and our civil liberty because that is what their corporate sponsors are paying them to do.

Let's not forget that COVID-19 test kits the UK received from China were contaminated with the virus. China is still trying to promote the spread of the plague even though summer is on it's way and the coronavirus will thereby die out naturally. The mainstream media is attacking Donald Trump for trying to save the American economy. That shows you how out of touch with reality they are and how deviant their deceptive agenda really is. Even fresh garlic and Buckley's cough syrup is helpful for obvious reasons. It's just a f*cking flu. Fraud's over. Get back to work.

Great Game India posted an interesting history behind hydroxychloroquine. The British soldiers kept getting malaria in India but found the treatment too bitter to swallow until they found it went down better if they mixed it with gin thus the name gin and tonic. Rise and shine yo. 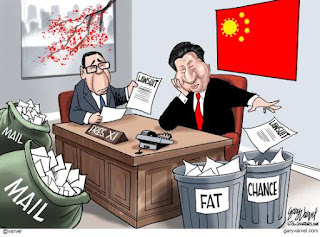