Joshua Philipp from Crossroads and the Epoch Times is reporting that people who shared a link to his documentary about the origin of the corona Virus in Wuhan started to receive a message from Facebook stating "False information found in your post. Independent fact checkers from Science Feedback say information in your post is false." This is Orwellian. Be advised that false allegations of defamation constitute defamation.

There is absolutely nothing untrue in that factual mainstream documentary. In contrast their fake fact checker worked at the Wuhan lab and is therefore in a conflict of interest. This is the original documentary that everyone should watch. This returns us to the concern of China's censorship.

We all know that the Communist Party of China censors the internet within China. People who live in China have no idea that the Communist party used live ammunition on protesters at Tiananmen square. Those true facts including this true documentary are blocked in China.

We also know that Google, Youtube and Facebook are starting to censor the truth by claiming real news is fake while it promotes fake news as real. Google and Youtube censor this by burying truthful news reports in it's search results. This brings us back to media mergers.

One of the primary concerns with all these media mergers is that once you merge all the media outlets into one, it becomes easier to control. At first it was Conrad Black. Now although he is allegorically dead and buried, it shows us how the concern became real.

Conrad Black was right wing and started buying up all the newspapers and media outlet then started firing any journalist that wrote a labour friendly report. Now that he's gone, the media has been hijacked by the other guys. It's like Eric Prince of Darkness' mercenary armies.

Likewise media mergers are not good. China controls the UN and the World Health Organization. They also have a colossal amount of influence over our media and now that most media outlets are all owned by the same entity, that means China is controlling the news we watch. That reinforces the need to seek out independent media outlets like the Epoch Times. 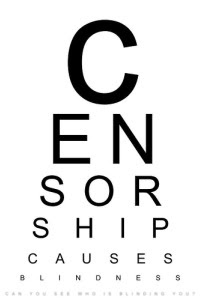 Posted by Dennis Watson at 6:46 AM