There is a Vaccine. There always was one. 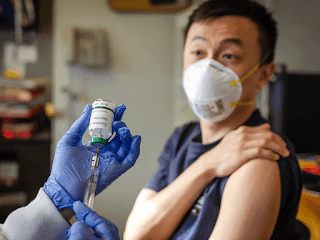 Justin Trudeau said business won't return to normal until there is a vaccine. Well there is one. There always was one. The Chinese stole it from the Americans before they launched the chemical attack. That's why the lock down in Wuhan is over. China tried it and have successfully copied it. It's called remdesivir and Gilead has it.

The reason why the CIA is slandering Bill Gates is because he is a pharmaceutical rival just like the Shermans were. At least the CIA hasn't killed the Gates like they did the Shermans. What you thought the CIA just dealt in cocaine and crystal meth? Not so. They are big into pharmaceuticals as well. Donald Rumsfeld was the chairman of Gilead Sciences from 1997 to 2001.

Why do you think the Chinese government stole an Ebola sample from a Canadian lab as well as the scientist who made the vaccine? This was just a test run for their next chemical attack.

The fraud is over. It's time to get back to business.

How the Senate paved the way for Coronavirus profiteering.

Bernie Saunders authored and passed a bipartisan amendment in the House to reimpose the reasonable pricing rule on pharmaceutical drugs. That's when Joe Bidden killed the motion.