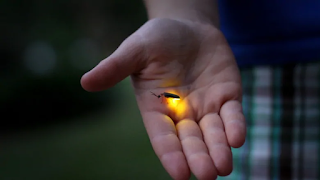 Every year I buy a new Zen calendar with positive images and proverbs. This year when I brought my calendar home it didn't have Zen quotes it had Haiku poems. I liked the Zen pictures so I went with it. This month the poem reads: "Stillness - fireflies are glowing over deep water" by Masaoka Shiki. At first I was like WTF that's kind of random. Then when you think about it that's what Haiku is. Zen can be random becuase it strives to get people to think outside the box.

When I was young my mother took me back east to Nova Scotia and New Brunswick to meet relatives. They have fireflies there. They're really cool. We don't have them on the west coast. Seemingly they have them in Ontario. I don't know why we don't have them here.

So fireflies glow over deep water. They say still waters run deep. Kinda like a finger pointing to the moon. During a time of mass hysteria fireflies illuminate a hidden agenda. Fly, be free. 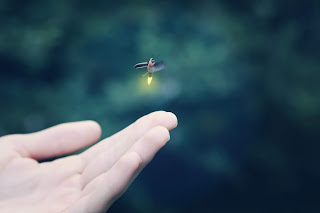